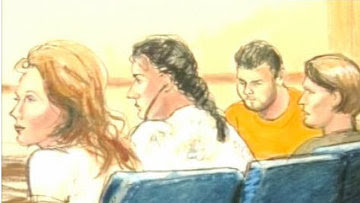 The arrest of the group of individuals, who supposedly spied for Russia, has obviously become the talk of the day in the US media. However, the analysis of the details of the case brings up many questions, to which there seems to be no answers.

It has not been reported what kind of damage the supposed spies have caused. It was only said that the arrested individuals may face the prison term of up to 20 years for money laundering activities. As for “illegal activities for a foreign government,” the term is much shorter – five years in jail. This term is a vey short one indeed, taking into consideration the case of Julius and Ethel Rosenberg, who were arrested in the USA for their espionage for the USSR. The spouses were sentenced to death penalty.

There is another curious detail about the new spy scandal. The arrested individuals have been accused of money laundering, which is rather strange since this can hardly be related to intelligence.

US media outlets said that the group was arrested after one of its members had been caught in a provocation organized by the FBI. A supposed spy accepted an envelope with $5,000 from a person who identified himself as a Russian communication agent. This seems to be very strange too. If the network had been working for years why would they accept cash from a complete stranger?