What Students Should Know About Totalitarianism

A totalitarian government is a single-party dictatorship that controls all aspects of public and private life. Citizens do not enjoy rights such as freedom of expression or the right to assemble. Totalitarian governments silence critics who speak against the government's policies in public or on the internet. Residents are subject to censorship and arrest, and the media is state controlled.

Totalitarian governments occur where an individual or small group of individuals take power and implement policies designed to enhance their power. Such leaders are usually called "dictators" though some have been called Pharaohs, Emperors or Kings.

Dictators enforce their will by decree or by passing legislation that makes it possible for the leader to be the absolute ruler of a sovereign state; to govern outside the accepted rule of law, and to maintain or increase power through developing a cult of personality.

Stalin gained control of the Soviet Union in 1924, and forced millions of peasants to relinquish their land and work on large, government-run farms. He is responsible for the death of millions of Russians who refused his effort to collectivize.

On 28 October 1922, King Vittorio Emanuele's appointed Benito Mussolini as prime minister of Italy. Mussolini needed to convince the people that fascism would work to their benefit. The word was spread that Mussolini had turned the dilapidated Italian rail system into a dependable mode of transportation. It was said that in Mussolini's Italy, all the trains ran on, but the many Italians who depended on the trains knew otherwise.

Hitler gained control of the nationalistic, anti-communist Nazi Party in the 1920s and established perhaps the most notorious regime in modern history. The Nazi ideology viewed Jews as a political and economy disease to be eradicated. The ideology also opposed Christianity. Efforts were made to limit the influence of Christianity on the German people, since, in the words of Martin Bormann to Alfred Rosenberg in an official letter, "the Christian religion and National Socialist doctrines are not compatible."

Kim Il-sung ruled North Korea from 1948 until 1994. The leadership then passed to his son, Kim Jong-il, and then in 2011 to his grandson, Kim Jong-un. Human rights organizations report systematic abuses including torture, religious persecution, slave labor, infanticide, and public executions.

Indoctrination of the Youth

A prime directive of totalitarian governments is the indoctrination of the youth. As Lenin said, "The best revolutionary is a youth devoid of morals." He insisted, "Give us the child for 8 years and it will be a Bolshevik forever."

On July 4, 1926 at a Nazi rally the German Youth Movement was renamed as the Hitlerjugend, Hilter Youth. The Hitler Youth were regarded as the Aryan hope for a glorious future and were indoctrinated as fighters Nazi Germany.


Totalitarian Versus Authoritarian: A matter of degree

Chairman Mao Zedong (1893-1976) was the founder of the People's Republic of China. He tolerated no resistance to his Communist system. His government was extremely thorough in its Communist propaganda and indoctrination of young people. He portrayed himself as the benevolent leader who would make China great. However, his "Great Leap Forward" proved disastrous for the Chinese people.

On June 4, 1989, Chinese troops and security police fired on students who had gathered in Beijing's Tiananmen Square to call for greater democracy. Hundreds of students were killed and at least 10,000 people were arrested. This tragedy gained much world attention and other nations pressured China's leaders to grant greater liberty to their citizens.

Since China became more open to the West and to other Asian nations, it has eased some of the restrictions that were initiated by the Communist Revolution. Today China is more accurately described as an "authoritarian" state, as it does allow its citizens some personal freedoms and absolute power no longer rests with a single individual.

However, government policies are still strictly enforced and political dissidents continue to face imprisonment and censorship. There has been resistance to the government's limit on the number of children a couple can have, and the restriction of religion. To protest the lack of religious freedom, at least 122 Tibetan monks, nuns and civilians have committed self-immolation between 2009 and 2013. During the same period, at least 53 Chinese killed themselves by the same means to protest the government’s demolition of their homes.

For American foreign policy the distinction between totalitarian and authoritarian is significant. If faced with only these options, the United States should support an authoritarian government over a totalitarian government. This is what Jeane Kirkpatrick argued during the Carter Administration. The US often is faced with the choice to either back an authoritarian regime, or destabilize it, giving opportunity for the rise of totalitarianism. Kirkpatrick's distinction between authoritarianism and totalitarianism was a good one. However, she did not foresee the global thrust of Islamic extremism which is ready to fill every political vacuum. Destabilization has proved to benefit movements like ISIS in Iraq and Syria.

Posted by Alice C. Linsley at 8:57 AM No comments: 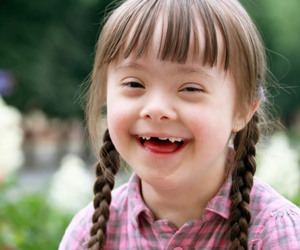 Posted by Alice C. Linsley at 7:11 AM No comments: Gay activist Jonathan Charles Rauch describes himself as "an unrepentantly atheistic Jewish homosexual" which is to say that he has completely rejected the traditional wisdom of his ancestors.

Jonathan Rauch is so lacking in critical thinking skills as to be dangerous. Rauch’s “Case for Gay Marriage” is full of fallacious arguments, as I have demonstrated to my Ethics students.

This assumption is not true. It is, in fact, verifiable false since we are able to observe that reliable caregivers exist who are not married to the people to whom they provide care. In fact, some paid caregivers are superior in their reliability than some spouses.

Marriage is necessary to tame men.

This assumption is hypothetical and unverifiable. The term "tame" has not been defined. Does it mean to make men more effeminate? Does it mean they learn to cook and clean? Does it mean that the responsibilities of marriage tend to mature a man? Why should this apply to men only? Are all unmarried men untamed? Are all married men tamed?

Therefore, marriage is equally necessary for heterosexual and homosexual couples.

His conclusion is not valid. Rauch’s premises are not verifiably true, so this is not a sound argument.

Further, his conclusion does not logically follow from his premises, so this argument is not valid. Lacking true premises and a valid conclusion, Rauch’s argument is said to be “fallacious” or logically false. Time to call him out on his poor reasoning!

Rauch is a product of a society that is not able to discern legitimate expertise from popular pulp and:


Has lost the ability to use the library.

Fails to define terms and intentionally abuses language, making words mean whatever one wants them to mean.

Confuses fact and opinion, or the proven and the plausible, in the media and in public discourse.

Uses sophistry in public debate, rather than logical rhetoric.

A government that addresses mostly irrelevant matters to form public policy based on "diversity" and assertion of rights.

Has become so specialized that Americans are unable to make connections between the disciplines or integrate learning, which is a mark of true education.

Has produced thinkers who fail to adhere to the basic principles of logic, thus presenting speculation as facts.


Related reading:  The Moral Revolutionaries Present Their Demands: Unconditional Surrender; Why Many People Are Resorting to Anger in Debates

Posted by Alice C. Linsley at 6:43 AM No comments: