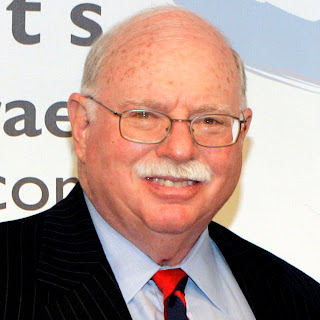 Michael Steinhardt is ordered to return 180 looted artifacts and he will not be charged if he abides by all terms of the agreement that requires that the objects be “returned expeditiously to their rightful owners,” rather than held as evidence. The resolution will also help prosecutors “shield the identity of the many witnesses here and abroad whose names would be released at any trial.”

The 180 stolen antiquities worth $70 million are to be returned to their rightful homelands and Steinhardt is barred for life from acquiring any objects created before 1500 AD.
In a statement, Steinhardt’s lawyer, Andrew J. Levander, said: “Mr. Steinhardt is pleased that the District Attorney’s yearslong investigation has concluded without any charges, and that items wrongfully taken by others will be returned to their native countries. Many of the dealers from whom Mr. Steinhardt bought these items made specific representations as to the dealers’ lawful title to the items, and to their alleged provenance. To the extent these representations were false, Mr. Steinhardt has reserved his rights to seek recompense from the dealers involved.”

The investigation into Steinhardt began in February 2017, after prosecutors determined that he had purchased a statue looted from Lebanon during the country’s Civil War, and subsequently loaned it to the Metropolitan Museum of Art. An inquiry into his record of acquisitions only heightened suspicions of further criminal misconduct and led to the formation of a joint investigation with investigators in 11 countries—Bulgaria, Egypt, Greece, Iraq, Israel, Italy, Jordan, Lebanon, Libya, Syria, and Turkey.

“For decades, Michael Steinhardt displayed a rapacious appetite for plundered artifacts without concern for the legality of his actions, the legitimacy of the pieces he bought and sold, or the grievous cultural damage he wrought across the globe,” District Attorney Cyrus Vance Jr. said in a statement. “His pursuit of ‘new’ additions to showcase and sell knew no geographic or moral boundaries, as reflected in the sprawling underworld of antiquities traffickers, crime bosses, money launderers, and tomb raiders he relied upon to expand his collection.”

Posted by Alice C. Linsley at 4:21 AM No comments: