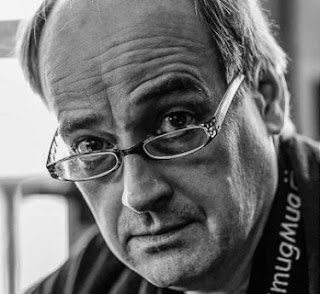 Alastair Norcross is an associate professor of philosophy at the University of Colorado at Boulder, specializing in normative ethics, applied ethics, and political philosophy. He is a defender of utilitarianism and "regards all natural rights as nonsense."

Norcross maintains that consequentialism does not offer a criterion of right action and it does not answer the question of what we are morally required to do, or what actions are right or wrong. Instead, it only offers a ranking of the moral value of actions. It tells us that action A is morally better than action B, but it does not tell us how far down the scale of goodness moral acceptability extends.
The consequentialist cares about promoting values which come in degrees. In his 2020 book Morality by Degrees: Reasons without Demands, Norcross articulates and defends his approach to ethical theory or scalar utilitarianism. He argues that the basic judgments of morality are essentially comparative: alternatives are judged to be better or worse than each other. Scalar utilitarianism is not concerned with values of right and wrong, but rather addresses actions as comparatively and contextually better or worse in terms of their consequences.
In Norcross' view, the consequentialist plays into the hands of his deontological opponent if he makes the distinction between right and wrong actions central to his ethics.
Norcross denies divine authority because he contends that any moral theory can be made to bow to "divine command."
In a 2019 interview, Norcross was asked, "If you could ask an honest omniscient being one question, what would it be?"
He responded with this question: "Is there continuation of worthwhile conscious existence after physical death? I’m pretty sure the answer is no, so I wouldn’t be too disappointed to hear that. But if the answer is yes, that would be worth knowing."
Related reading: Interview with Alastair Norcross; A Defense of Scalar Utilitarianism; Contemporary Debates in Moral Theory | Reviews | Notre Dame Philosophical Reviews | University of Notre Dame (nd.edu); Objections to Norcross' Puppies, Pigs and People: Eating Meat and Marginal Cases

Posted by Alice C. Linsley at 1:06 PM No comments: