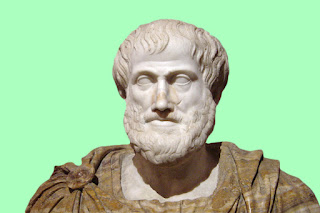 Posted by Alice C. Linsley at 3:45 PM No comments:

This is the first principle of democracy: that the essential things in men are the things they hold in common, not the things they hold separately. And the second principle is merely this: that the political instinct or desire is one of these things which they hold in common. Falling in love is more poetical than dropping into poetry. The democratic contention is that government ... is a thing like falling in love, and not a thing like dropping into poetry. It is not something analogous to playing the church organ, painting on vellum,..., being Astronomer Royal, and so on. For these things we do not wish a man to do at all unless he does them well. It is, on the contrary, a thing analogous to writing one's own love-letters or blowing one's own nose. These things we want a man to do for himself, even if he does them badly. .... In short, the democratic faith is this: that the most terribly important things must be left to ordinary men themselves--the mating of the sexes, the rearing of the young, the laws of the state. This is democracy; and in this I have always believed. ”

― G.K. Chesterton
I am a democrat because I believe in the Fall of Man. I think most people are democrats for the opposite reason. A great deal of democratic enthusiasm descends from the ideas of people like Rousseau, who believed in democracy because they thought mankind so wise and good that everyone deserved a share in the government. The danger of defending democracy on those grounds is that they are not true. And whenever their weakness is exposed, the people who prefer tyranny make capital out of the exposure. I find that they're not true without looking further than myself. I don't deserve a share in governing a henroost, much less a nation. Nor do most people - all the people who believe advertisements, and think in catchwords and spread rumors. The real reason for democracy is just the reserve. Mankind is so fallen that no man can be trusted with unchecked power over his fellows...."
― C.S. Lewis
"Government is not reason; it is not eloquent; it is a force. Like fire, it is a dangerous servant and a fearful master. Never for a moment should it be left to irresponsible action."
― George Washington
Posted by Alice C. Linsley at 1:27 AM No comments: