Ethics Training is Missing the Mark: Here's Why


Ethics is a topic that's often discussed by parents, schools, organizations, and employers. These discussions usually teach individuals about the importance of being ethical: what does it mean; why is it important; what are the costs of unethical activities? This subject matter must be taught; however, the toughest parts of being ethical are almost never discussed. That is... what are the emotional, physiological, and moral challenges that individuals who don't want to be complicit to unethical behavior experience?

Before exploring the affects of wanting to be ethical, the reason that ethics is important must be reviewed.

Ethics are behavioral standards that individuals, organizations, and societies apply and generally adhere to as acceptable. Without ethical standards, there can be numerous variables used to determine if something is right or wrong, good or bad. Notwithstanding these random variables, there are always individual considerations based on experiential learning; however, an individual's ethical standards are normally defined and developed by family, religious beliefs, friends, and societal practices. These standards provide common operating practices that are used to define the limits of acceptable behavior.

Generally, individuals know whether something is right or wrong. Although, there are times that ethical decisions will require additional consideration, input, or sometimes assistance to make the appropriate choice. The challenge - many times - is whenever a decision is within an unclear range or the biggest test is making a decision about whether to get involved to resolve a known ethical issue. During these times, individuals can experience an internal battle while attempting to make an ethical decision.

The internal impacts of making tough ethical choices can impact individuals:
Emotionally - a feeling someone has related to a particular situation, event, or consideration;
Physiologically - a body's reaction to making a tough decision, which could be stress, anxiety, sweat, depression, etc.;
Morally - a challenge to an individual's belief system weighed against the things an individual believes to be true --- but may be altered while making a tough decision.

These internal impacts are seldom (if ever) discussed during ethics training. This omission is unfortunate because an ability to process these intangible elements are important factors while individuals determine whether to be ethical during certain moments.

In a time that winning at almost any cost is more pervasive, there must be an increased focus given to educating individuals about the significance of internal processing in ethical decision making --- beyond the mental processing. Otherwise, a larger number of individuals are more likely to bend the limits of standards, rules, policies, or laws to receive an unfair or personal advantage.

After the allegations of ball deflation by the New England Patriots prior to Super Bowl XLIX, my nephew and I discussed the potential ethical issues. During our conversation, my nephew made a couple of points to support his argument: 1) the deflation was found in the first half, but didn't impact the game's outcome and 2) everyone cheats at some point. What?!?!
The rationale used in his positioning is troubling for several reasons:
First, a determination of whether something is ethical should never be decided based on an outcome, but instead by an evaluation of a consideration, situation, or an event;
Second, a choice to be unethical cannot be validated based on attempting to justify the behavior by rationalizing the actions or activities of another;
Third, individuals must be accountable and responsible for their actions --- including complicit acceptance of wrongdoings by allowing known unethical behavior to continue unchallenged.

There is a cost to individuals, organizations, and societies if unethical activities aren't resolved in a timely manner. However, there are also costs to individuals' emotional, physiological, and moral health while making a choice whether to get involved with the prevention of unethical behavior.

Additional information on workplace ethical dilemmas can be obtained in Mr. Young's solution-oriented book "Ethical Opportunity Cost: It's a matter of choice".

Posted by Alice C. Linsley at 6:01 PM No comments:

African Values Are Not For Sale


“African values are not on sale,” the new Chairman of Communications for the African bishops has said.

But Bishop Emmanuel Badejo of Oyo, Nigeria, is convinced they are under threat from what Pope Francis has called an “ideological colonization” that is seeking to destroy the family.

It's so bad, he says, that the United States has made clear it will not help Nigeria fight the Boko Haram terror group unless the country modify its laws regarding homosexuality, family planning and birth-control.

Posted by Alice C. Linsley at 8:59 AM No comments:


“The most pressing question on the problem of faith is whether a man as a civilized being can believe in the divinity of the Son of God, Jesus Christ, for therein rests the whole of our faith.”--Fyodor Dostoevsky

"Over-civilization and barbarism are within an inch of each other.--G.K. Chesterton
Posted by Alice C. Linsley at 5:42 PM 1 comment: 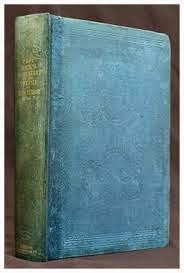 Posted by Alice C. Linsley at 9:16 AM No comments:

"In Ayatollah Khomeini’s Iran, innocent Christians are hanged for their faith in Jesus. Yet Reverend Stephen Sizer was welcomed as a guest of Khomeini’s daughter. Sizer’s hatred knows no bounds."


Crusading Anti-Zionist vicar Stephen Sizer is in Iran again to "expose" the Zionist lobby in England at an anti-Israel conference in Tehran. Presumably RPP will feature in his presentation to all those peace-loving anti-Zionist moderates gathered in Iran, as we made his official Zionist Lobby listing here. Sizer implicates Iranian Christians by stereotyping them as belonging to a big Zionist Lobby.
Posted by Alice C. Linsley at 7:19 AM 1 comment: