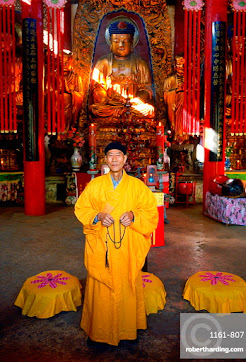 At times and in places black and Hispanic Americans have been greatly inconvenienced. They have had to deal with discriminatory practices and abuses that "white" Americans have not. This is called "white privilege" but it isn't about race as much as it is about abuse motivated by fear of the unknown and self-serving attitudes.
Palestinians experience great inconvenience when they try to take their children to school and have to cross Jewish checkpoints where they are often held up for hours. Should we call this "Jewish privilege"?
Muslims trying to immigrate to parts of Europe can't go through Hungary. This is a great inconvenience to them. Do we call that "Hungarian privilege"?
People who discriminate are motivated by many factors: fear, personal and familial histories, culture, economic forces, and socio-political trends.
Early exposure to people of other ethnic groups has a tremendous impact a person's perspective. Parents should introduce their young children to people, customs, and beliefs that are different from their own.
As I young child my parents provided many such experiences and these formed my love of Humanity in all its diversity. At age 9, I visited a remote village in the mountains of Luzon where we were greeted by the chief of the headhunters. The outskirts of the village were circled by shrunken heads on stakes.
In India, I saw extreme poverty, leprousy, ornate palaces, and Hindu temples. I saw the faces of hungry children as they pressed against the windows of our passing car.
In Thailand, I ate unfamiliar foods and observed the Buddhist monks in their saffron robes enter the gilded temples. I heard the temple bells and smelled the incense as it was carried on the breeze.
Experiences like these made me who I am, and laid the groundwork for my research in anthropology. I realize that most parents cannot take their children to far-away places. However, they can expose them to diverse peoples where they live. Perhaps a neighbor is from Iran. Reach out to that person to learn about their culture. It takes effort, but the child will become a better citizen of the local community and of the world.
Related reading: Understanding the Science of Biblical Anthropology; Anglican Soul-Searching About the Occult; Ethnic and Cultural Diversity in the Bible
Posted by Alice C. Linsley at 10:42 AM No comments: