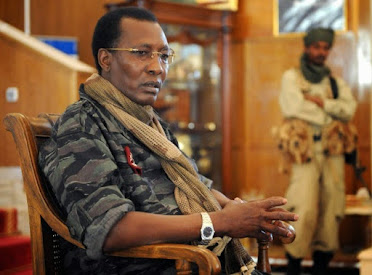 Chad's President Idriss Déby had died. He was a staunch warrior against Islamic extremists an in Chad and incooperation with neighboring Niger. On March 8, 2015, Chad and Niger announced a joint campaign against Boko Haram.

Déby was in power for three decades and was one of Africa's longest-serving leaders. He was age 68 at his death. Déby died on the battlefield.

Posted by Alice C. Linsley at 9:57 AM No comments: