Having the freedom to express one's views in public does not mean that we should always do so, and certainly not in a manner that incites people to act in ways that may cause injury to others. Such behavior, regardless of who is doing it, should disqualify a person from holding the highest office in the land.

“Intolerance is the first sign of an inadequate education. An ill-educated person behaves with arrogant impatience, whereas truly profound education breeds humility.”--Alexander Solzhenitsyn


…Rubio, who is camped out in his home state in advance of the March 15 primary, told Megyn Kelly of Fox News that Trump was finding out that his “words have real consequences.” But roughly half of Rubio’s analysis was a criticism of the political left. After stating his appreciation for Chicago’s police, Rubio said that the protests needed to be put in contest.

“This is Chicago, protesters are an industry,” he said. “It is clear, just from watching some of these images, that this was an organized effort, an orchestrated effort, from groups that wanted to disrupt this event, and Chicago is a hub for that sort of activity. I would also say that people have a right, whether you disagree with someone or what he’s about to say – and I certainly disagree with Donald Trump on many things, it’s why I’m running against him for president – you don’t have a right to take away the First Amendment right of people to speak freely. I think you’ve seen some of this on college campuses recently. There was an article, not long ago I think, that [conservative commentator] Ben Shapiro tried to speak on a campus, and they basically shut him down. So I think this is crossing over into the broader society, and it’s problematic.” 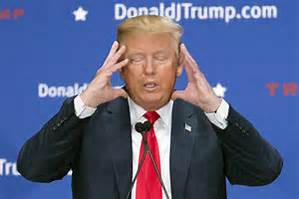 About our free speech event in Garland, Texas last May, which was intended to be a stand for free speech against violent intimidation, Donald Trump said:

And now, after Leftist fascist thugs forcibly shut down one of Trump's events in Chicago, Trump’s Republican opponents, Ted Cruz, Marco Rubio and John Kasich, are effectively saying, Well, he had it coming, he brought it on himself, just as Trump did of Pamela Geller after Garland.

Is there no candidate who understands the importance of the freedom of speech? Rubio comes closest to articulating it below, but then shows he doesn’t understand it himself. He says: “Whether you disagree with someone or what he’s about to say…you don’t have a right to take away the First Amendment right of people to speak freely.” But then he says, “I think he bears some responsibility for the general tone.”

So the thugs shut down the Trump rally, and it is at least partially Trump’s fault, because he told people (obviously facetiously) to beat up people who were trying to disrupt his events.


Related reading: Why Many People are Resorting to Anger in Debates