Rapes in Finland Cause National Outrage 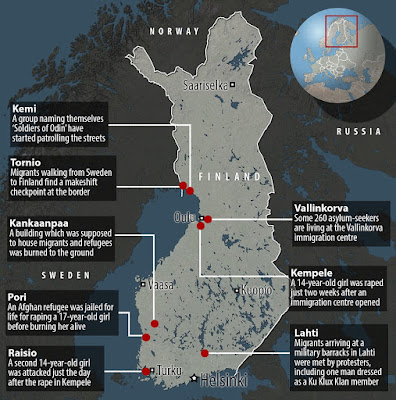 Tapanila railway station appeared quiet and chilly on Monday evening. A few people ran for the train heading towards the Helsinki centre. In front of the station, an elderly woman strolled the street with an aid of a walker.

Just a week earlier a crude act of violence shocked this suburb lying on the outskirts of Helsinki when near the station, on March 9, a young woman was raped.

The news caused an outrage on the internet and in the streets, especially, after the ethnic background of the suspects was revealed.

The young woman had stepped in a local train at the Tikkurila station at 21:10. She had only two stops to get home but it took only a few minutes for a group of five boys of Somali heritage in the age of 15-18 to summon and starting to harass her.

After five minutes, she left the train in Tapanila in her home neighbourhood, a park like residential area dominated with detached, terraced and apartment houses. It was a possible exit to the hellish situation she had unknowingly stepped into.

She lived within a walking distance from the station. But the group of boys decided continue to follow her, and after the train station, in an outdoor recreation area, they raped her.

What the boys didn’t know, was that they were followed and they were quickly caught by the police.

The boys were taken into custody for interrogations. On Friday, they were jailed as suspects of committing aggravated rape.

In this case the police caught the rapists, but they failed to prevent or stop the crime. National outrage at the uptick in rapes by immigrants has led to the formation of vigilante groups such as the “Soldiers of Odin”. The group has taken to the streets to protect citizens against the invasion of Muslim refugees. The group was founded last year at Kemi, a border town in Finland which is an entry point for migrants. The group has now branched out into other parts of Finland with about 500 members across the country.

They formed this group because they feel the police are failing in their duties, so they stepped up to the plate to serve as eyes and ears. Finnish police files reveal that cases of sexual harassment has doubled in four months; however, police reports do not include ethnic descriptions of the perpetrators. It is important to note that Finland received about 32,000 new asylum seekers last year.

Posted by Alice C. Linsley at 3:49 PM No comments: 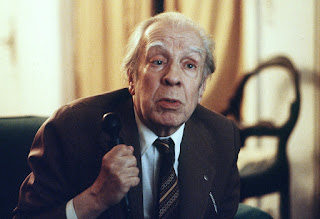 
"From where I sit, support for Trump isn't that hard to explain. The upper twenty percent in America have insulated themselves from the economic and cultural consequences of the last fifty years. Meanwhile, those in the bottom half must live in disintegrating communities and endure the consequences of declining social capital. They sense, intuitively, that our leadership class has a narrow, materialistic view of life and a ruthless, managerial approach to 'diversity' that undermines social solidarity, which is why they resonate with patriotic rhetoric that actually envisions all of us together, committed to a common good. Meanwhile, they see that their 'betters' have rigged the game, so much so that even the slightest dissent from political correctness brings fierce, disciplining denunciations....Our ruling class has re-invented itself as a technocracy that justifies its power by claiming moral superiority—and which dismisses challengers from below as morally deficient."-- R.R. Reno


Excerpt from essay titled "The Politics of Moral Denunciation"