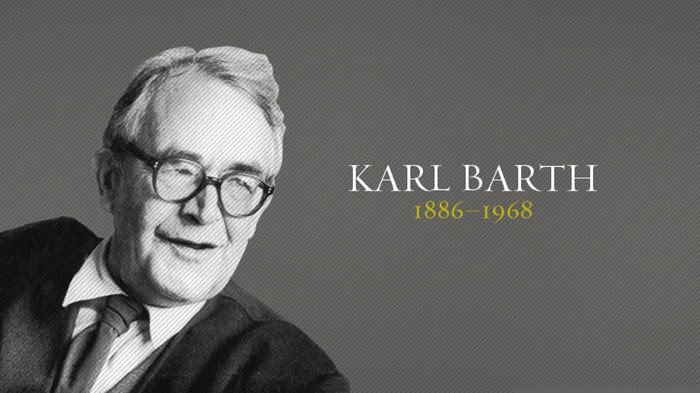 In the midst of the carnage of the first world war in Germany, the great Protestant theologian argued that Christianity involves more than inner morality and being a ‘good person’

It will be a century this coming summer that the great Protestant theologian Karl Barth began his revolutionary commentary on St Paul’s Epistle to the Romans. A quiet and studious man of simple tastes, Barth was an unlikely revolutionary. He listened to Mozart, smoked his pipe and read the paper: “Theology is done with the Bible in one hand and the newspaper in the other,” he said. But mostly he sat and wrote. His Church Dogmatics is more than six million words. And no, I haven’t read it all. But his considerably shorter Epistle to the Romans, written earlier, was the decisive turning point in 20th-century theology. It was a book that dropped a bomb on the comfortable assumptions of German liberal thought. And it’s a bomb that needs dropping again – but this time much closer to home.

Barth’s target was the sort of theology offered by his tutor, Adolf von Harnack. For the universally admired Harnack, Christianity was a religion of inner morality – of good people, in their local congregations, who sought nothing more than personal transformation. They respected the state and didn’t cause trouble. It was, to use the language familiar today, religion as a private matter, equally suspicious of outward forms of ritualism and popular superstition. Cultured and rational, it stayed out of party politics and set its mind on higher things. For Harnack, Christianity was fundamentally a religion of individual righteousness.

On the day war was declared between Britain and Germany, the Kaiser gave a speech to the assembled members of the Reichstag in which he made the moral case for Germany going to war. The speech was partly written by Harnack. Two months later, an open letter by 93 German intellectuals – 11 of whom, including the great theoretical physicist Max Planck, went on to be Nobel prize winners – made the same case. The war was a sacred mission. It was a question of survival for a superior culture that had given the world Goethe, Beethoven and Kant. Harnack’s name was among the 93 signatories.

And Barth's world was in tatters.

Posted by Alice C. Linsley at 7:55 AM No comments: