Timbuktu has become a byword for the farthest corner of the earth. But it was once an important cultural and artistic center

In 2012, jihadists—armed to the teeth with weapons seized in Libya after the fall of Muammar Qaddafi—overran northern Mali and established a brutal, sharia regime in Timbuktu. Once a center of learning and culture, the city housed a priceless collection of manuscripts: volumes of poetry, encyclopedias, and even sexual manuals that invoked the name of Allah. Threatened with destruction, the manuscripts were spirited out of the city to safety in a thrilling, cloak-and-dagger operation.

Speaking from his home in Berlin, Joshua Hammer, a former Newsweek bureau chief in Africa, recounts the tale of The Bad-Ass Librarians of Timbuktu: And Their Race to Save the World’s Most Precious Manuscripts—and explains how the Timbuktu manuscripts disprove the myth that Africa had no literary or historical culture, why Henry Louis Gates had an epiphany when he saw them, and why the jihadists found them so threatening.

In the chaos of the uprising against Qaddafi, the jihadists raided the armories of Libya, took the weapons into Mali, and quickly swept across the northern part of the country, occupying all of the major towns in the north, including Timbuktu. They imposed sharia law and began to destroy every symbol of moderate Sufi Islam that almost all residents of modern Timbuktu subscribe to. Shrines to Sufi saints were destroyed; whippings and amputations were carried out in the public squares of the city; and, of course, the manuscripts were threatened.

Posted by Alice C. Linsley at 8:01 PM No comments:


Philosophy 301 students will find this glossary of Ethics helpful.

Bioethics: concerns the ethical controversies brought about by advances in biology and medicine. Public attention was drawn to these questions by abuses of human subjects in biomedical experiments, especially during the Second World War, but with recent advances in bio-technology, bioethics has become a fast-growing academic and professional area of inquiry. Issues include consideration of cloning, stem cell research, transplant trade, genetically modified food, human genetic engineering, genomics, infertility treatment, etc.

Business Ethics: examines ethical principles and moral or ethical problems that can arise in a business environment. This includes Corporate Social Responsibility, a concept whereby organizations consider the interests of society by taking responsibility for the impact of their activities and operations on customers, employees, shareholders, communities and the environment, over and above the statutory obligation to comply with legislation.

Environmental Ethics: considers the ethical relationship between human beings and the natural environment. It addresses questions like "Should we continue to clear cut forests for the sake of human consumption?", :Should we continue to make gasoline powered vehicles, depleting fossil fuel resources while the technology exists to create zero-emission vehicles?", :What environmental obligations do we need to keep for future generations?", "Is it right for humans to knowingly cause the extinction of a species for the (perceived or real) convenience of humanity?"

Legal Ethics: an ethical code governing the conduct of people engaged in the practice of law. Model rules usually address the client-lawyer relationship, duties of a lawyer as advocate in adversary proceedings, dealings with persons other than clients, law firms and associations, public service, advertising and maintaining the integrity of the profession. Respect of client confidences, truthfulness in statements to others, and professional independence are some of the defining features of legal ethics.

Media Ethics: deals with the specific ethical principles and standards of media in general, including the ethical issues relating to journalism, advertising and marketing, and entertainment media.


Medical Ethics: the study of moral values and judgments as they apply to medicine. Historically, Western medical ethics may be traced to guidelines on the duty of physicians in antiquity, such as the Hippocratic Oath (at its simplest, "to practice and prescribe to the best of my ability for the good of my patients, and to try to avoid harming them"), and early rabbinic, Muslim and Christian teachings. Six of the values that commonly apply to medical ethics discussions are: Beneficence (a practitioner should act in the best interest of the patient, Non-maleficence ("first, do no harm"), Autonomy (the patient has the right to refuse or choose their treatment), Justice (concerning the distribution of scarce health resources, and the decision of who gets what treatment), Dignity (both the patient and the practitioner have the right to dignity), Honesty (truthfulness and respect for the concept of informed consent).
Information Ethics: investigates the ethical issues arising from the development and application of computers and information technologies. It is concerned with issues like the privacy of information, whether artificial agents may be moral, cyber ethics, how to behave in the infosphere, and ownership and copyright problems arising from the creation, collection, recording, distribution, processing, etc, of information.

Virtue Ethics (or Virtue Theory) is an approach to Ethics that emphasizes an individual's character as the key element of ethical thinking, rather than rules about the acts themselves (Deontology) or their consequences (Consequentialism).

Posted by Alice C. Linsley at 9:15 AM No comments:

This morning the Senate considered an amendment that would have referred the terminal illness provision in the bill (natural death is reasonably foreseeable) to the Supreme Court of Canada, but that amendment was defeated.

The controversial issue was the requirement that a medical or nurse practitioner could approve a lethal injection if the person’s “natural death is reasonably foreseeable.” Parliament insisted that this requirement remain in the bill while the Senate argued that the Supreme Court did not state that a person must be “terminally ill.”

The final bill maintains that “natural death must be reasonably foreseeable.”

The final bill allows a beneficiary to participate in the act, even to lethally inject.
The Senate then passed Bill C-14 by a vote of 44 to 28. The response from parliament was to declare a summer recess.

The bill that determines how Canadians will kill Canadians was passed on the last day of the parliamentary schedule in time for the summer recess.

Bill C-14 now goes to the Governor General to be signed.

No attempts were made to amend the most grievous parts of Bill C-14.

• Section 227(3) states: For greater certainty, the exemption set out in subsection (1) or (2) applies even if the person invoking it has a reasonable but mistaken belief about any fact that is an element of the exemption.

These sections of the law ensure that a medical or nurse practitioner will never be prosecuted for decisions or acts that contravene Bill C-14.

2. Bill C-14 allows anyone to cause death by euthanasia or assisted suicide.


• Bill C-14 – Section 227(2) states: No person is a party to culpable homicide if they do anything for the purpose of aiding a medical practitioner or nurse practitioner to provide a person with medical assistance in dying in accordance with section 241.‍2.


• Bill C-14 – Section 241(3) states: No person is a party to an offence under paragraph (1)(b) if they do anything for the purpose of aiding a medical practitioner or nurse practitioner to provide a person with medical assistance in dying in accordance with section 241.‍2.


• Bill C-14 – Section 241(5) states: No person commits an offence under paragraph (1)‍(b) if they do anything, at another person’s explicit request, for the purpose of aiding that other person to self-administer a substance that has been prescribed for that other person as part of the provision of medical assistance in dying in accordance with section 241.‍2.

No jurisdiction in the world offers legal immunity to anyone who does anything for the purposes of assisting death. Bill C-14 is the most wide-open bill in the world. It is even worse than the Belgian law. Recent studies from Belgium indicate that more than 1000 assisted deaths occur without request each year.

Posted by Alice C. Linsley at 1:59 PM No comments:


The first human trafficking guilty verdict in Sarasota Florida was handed down last week, to Ronald McBride III, 22, for six felony counts, one of which was human trafficking. After the jury’s conviction, McBride could face up to life in prison. It is a milestone case for the Sarasota Police Department.

According to news reports the trafficker began “grooming the victim in November 2015, on how to trade her body for drugs and money.” The young woman was in her twenties receiving counseling for drug addiction at the time she met McBride. Instead, McBride got the victim hooked on heroine and crack cocaine.

The girl told the Sarasota police, “If she didn’t make a certain amount of money for a sexual act, McBride would beat her or have another girl beat her. I have to give all the money I make to McBride because he says he owns me.” On the day she escaped, December 29, 2015, McBride beat her with a gun and told her he would come back to kill her. 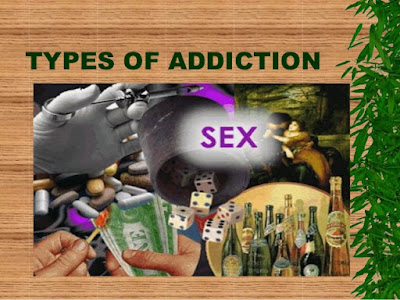 Posted by Alice C. Linsley at 9:08 AM No comments:

Email ThisBlogThis!Share to TwitterShare to FacebookShare to Pinterest
Labels: addiction


In early June 2016, Islamic State (IS) insurgents posted a video on the internet showing a 3,000-year-old temple being blown up at the Assyrian city of Nimrud in northern Iraq. This is the latest example of radical Islamic iconoclasm. The Nabu Temple is one of the world's archaeological and cultural treasures.

The United Nations confirmed in a statement that satellite imagery showed "extensive damage to the main entrance" of the temple of Nabu, the Babylonian deity of wisdom.

Nimrud was a 13th century BC Assyrian city located about 20 miles south of the modern city of Mosul. Islamic State militants took control of Mosul in June 2014.

The IS video also shows scenes of bulldozers razing the ancient Gate of Nergal, part of the historic Nineveh city wall in Mosul. The fanatical Islamic group considers all pre-Islamic culture idolatrous, along with any religion outside its own radical interpretation of Sunni Islam.

IS has systematically destroyed many sites of archaeological and historical importance. Islamic State militants destroyed the 2,000-year-old temple of Baalshamin in Palmyra, Syria in August 2015.

Posted by Alice C. Linsley at 2:33 PM No comments:


Parents should be allowed to have their newborn babies killed because they are “morally irrelevant” and ending their lives is no different to abortion, a group of medical ethicists linked to Oxford University has argued.

The article, published in the Journal of Medical Ethics, says newborn babies are not “actual persons” and do not have a “moral right to life”. The academics also argue that parents should be able to have their baby killed if it turns out to be disabled when it is born.

The journal’s editor, Prof Julian Savulescu, director of the Oxford Uehiro Centre for Practical Ethics, said the article's authors had received death threats since publishing the article. He said those who made abusive and threatening posts about the study were “fanatics opposed to the very values of a liberal society”.

The article, entitled “After-birth abortion: Why should the baby live?”, was written by two of Prof Savulescu’s former associates, Alberto Giubilini and Francesca Minerva.

They argued: “The moral status of an infant is equivalent to that of a fetus in the sense that both lack those properties that justify the attribution of a right to life to an individual.”


Julian Savulescu has been consistently ghoulish. Savulescu, an Australian, also believes that parents are morally obliged to genetically engineer their children so that they will have higher IQs. "There are other ethical principles which should govern reproduction, such as the public interest," he said. This policy would reduce welfare dependency, crowding in jails, school dropout rates and poverty. "Cheaper, efficient whole genome analysis makes it a real possibility in the near future."

Eugenics did not die with the Nazi regime. Eugenics has clawed its way out of the grave and is being rehabilitated by so-called ethicists like Savulescu.

He remains ignorant of the sophisticated ethics of archaic communities, against the background of which his ethics appear barbarian.

Posted by Alice C. Linsley at 5:26 AM No comments: