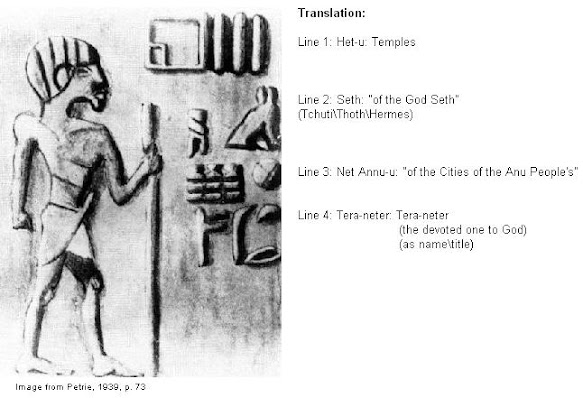 
The most ancient moral codes have many features in common. They appeal to the authority of the deity who was recognized by the ruler, and they view the ruler as the deity's earthly representative. Another common feature is a concern for purity among the priestly caste as they were regarded as the mediators between the deity and the ruler and his people. Often the rulers themselves were priests, as in the case of Horite ruler-priests. When it came to ritual purity, especially to cleanse from blood guilt, ruler-priests turned to other priests for rituals of absolution. An example of this is found in the account of Abraham returning from battle and receiving the priestly ministrations of Melchizedek.

Most of what we know about ancient moral codes comes from archaeological and anthropological research. These fields, along with linguistics and biblical studies, have contributed enormously to our understanding of ethics among ancient peoples. What follows is a brief overview of some of those findings.
Babylonian clay tablets dating to the 3rd century BC reveal business laws and moral codes of considerable sophistication. Moral codes, such as the Code of Hammurabi, did not spring into existence suddenly. They represent centuries of social development in the area of moral law and social controls.
One of the world's earliest law codes is the Reforms of Urukagina, Sumeria (2500-2350 BC). It is written on this clay stele in Sumerian cuneiform. 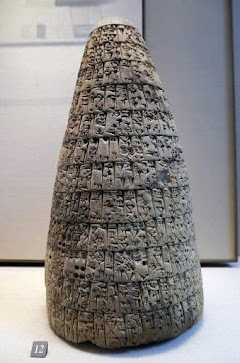 However, the Law of Tehut dates to about 500 years earlier. That code is associated with King Menes (2930-2900 BC) who administered justice and issued edicts which were designed to improve food production and distribution, guard the rights of ruling families, improve education and enhance knowledge of the natural world through geometry and astronomy.
The moral law associated with Moses developed out of an early moral law associated with Menes who united the peoples of the Nile. Menes is shown as the first in the procession of ancient lawgivers in the South Wall Frieze of the United States Supreme Court. The Law of Tehut is attributed to him. Menes and the kings after him bore the Horus name as their divine protector. The wisdom and skill of the Horite ruler-priests was later acknowledged by the Egyptian historian Manetho (3rd century BC) and the Greek historian Diodorus Siculus (1st century BC).
The closest ancient text to the Ten Commandments is the Code of Ani, a negatively worded moral code that dates to c. 2500 B.C. It has 42 confessions and appears to have a chiastic structure. The text is Akkadian, and the authority of the code is derived from the Father God Anu/Anum, whose divine son was called Enki, meaning "Lord over the Earth."

Another ancient law code is the code of Ur-Nammu from the reign of King Shulgi (2095-2047 BC). It originally held 57 laws which covered family and inheritance law, rights of slaves and laborers, and agricultural and commercial tariffs. This code prescribes compensation for wrongs, as in this example: "If a man knocks out the eye of another man, he shall weigh out one-half a mina of silver." (Biblical Archaeology Review, Vol. 28, Sep/Oct 2002, p. 30.) This type of retributive justice was typical of ancient law codes.

The Code of Hammurabi dates to around 1750 years ago. Hammurabi was an Amorite (Semite) who became King of Babylon about the time that Abraham left his father’s house in Harran and settled in the land of Canaan. The ancient capital of Babylon was about 55 miles south of modern Baghdad and it was large city of the Fertile Crescent. Although the city states of the Fertile Crescent shared many common ideas and practices, these cities were not unified under a single ruler. Instead, they were governed by independent rulers who were related by marriage. Marriage was a way to form political alliances and because rulers tended to marry within their kin and tribal groups, marriage also contributed to the preservation of the people’s cultural heritage.

The Code of Hammurabi was engraved on a stele more than 7 feet high. At the top of this stele of dark stone appears an image of King Hammurabi standing reverently before the seated Shamash, the god of justice. Shamash is dictating the law to his earthly representative. The Code of Hammurabi closes with this statement: “The righteous laws which Hammurabi, the wise king, has established . . .” Similarly, Leviticus closes with this: “These are the commandments which YHWH commanded Moses for the children of Israel.”

Ancient moral codes have a religious quality because religion and government were never separate in the ancient world. Among ancient populations religious laws governed every aspect of the community’s life. Religion and the rule of kings and priests contributed to social stability. Those who violated the law of kings faced punishment. The violation of religious taboos required repentance, sacrificial offerings, and cleansing from the priests. Serious violations (taboos) could result in banishment or execution. Adultery and homosexual relations were regarded as especially serious. These are mentioned in the Egyptian Book of the Dead and the Moral Code of Ani.
Those who broke a taboo by using something they are not to use or touch or by speaking words that they are not to speak, were punished by imprisonment, or publicly shamed, or banished. Muttering incantations against the king or blaspheming the throne was a serious offense. The Code of Ani specifically mentions this: "I have not worked witchcraft against the King."

An example of a taboo among the ancient Israelites was boiling a kid in its mother’s milk (Exodus 23:19; 34:26; Deuteronomy. 14:21). This was taboo because it violated the binary opposition of life-giving and life-taking that characterized the ancient Afro-Asiatic worldview. This same worldview meant that the blood spilled in hunting, war, and animal sacrifice could not in any way be confused with or even physically near to blood shed my women in their monthly cycle or in birthing. The two bloods represent the binary oppositions of life-taking and life-giving. To bring them together or to confuse them was a very serious matter as it blurred the boundary between life and death.

Ancient laws such as those found in Leviticus, Deuteronomy and in the ancient Vedic writings, are also practical. We find instructions for how lepers are to be isolated from the community and restored after they are verifiably healed. Many laws govern family relations, forbidding incest and adultery, and setting guidelines for proper marriage partners, especially for rulers. Others direct the proper treatment of slaves, foreigners, widows and orphans.

Moral codes also addressed usury. In the Hurrian Song of Debt Release, the High God tells his followers to release the people of Ebla from their debt.

"If you take a debt release in Ebla, I will exalt your weapons. Your weapons will begin to conquer your enemies. Your plowed land will prosper in glory. But if you do not make a debt release for Ebla, the city of the throne, in the space of seven days, I will come upon you. I will destroy Ebla, the city of the throne. I will make it like a city that never existed. I will break the surrounding wall of Ebla's city like a cup. I will knock flat the surrounding wall of the upper city like a garbage dump..."


The study of ancient moral codes should be done with careful consideration of the cultural context in which those codes developed. It is important to compare apples with apples, not apples with oranges.  In this overview, we have considered only the most ancient moral codes, which were essentially religious in nature. They are found in association with Afro-Asiatic populations. The main religious offices among these people were kings and royal priests. They were the early law makers whose authority was perceived to be derived from the High God. That is why many ancient kings, such as Sargon, claimed to have been miraculously conceived and posed as "sons" of the High God.
Ancient law texts suggest that the early kings had absolute power but were expected to govern according to sacred law codes. The law codes protected royal authority and also the status of royal officials and priests. The ritual and purity concerns of the priests are evident in the early codes.


Related Reading: The Afro-Asiatic Conception of Purity; The Six Cities of Refuge; On Blood and the Impulse to Immortality; Ethics and Binary Oppositions; The Nilotic Substrata of Genesis 1; Menes: Fact and Fiction; The Moral Code of Ani, Moral Obligation