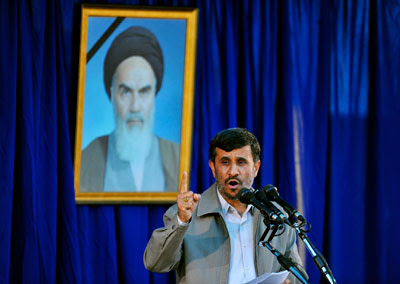 (CPJ/IFEX) - New York, June 9, 2010 - Twelve months after its contested presidential election, Iran has taken tight hold on the dishonorable distinction of being the world's worst jailer of journalists. At least 37 journalists are behind bars and an additional 19 detainees are free on short-term furloughs, according to CPJ's monthly census of journalists jailed in Iran.

"What began as a crackdown on critical journalism in the aftermath of the disputed June 12 elections has become a more-or-less permanent feature of Iranian society," said CPJ Executive Director Joel Simon. "With at least 37 journalists in jail and with the media under constant threat, Iranians are considerably less informed today than they were a year ago. We call on the Iranian leadership to reverse this misguided policy, to release imprisoned journalists and allow the once-robust public debate to resume."

Today, CPJ sent a letter to the head of the Iranian judiciary, Ayatollah Sadeq Larijani, asking him to put an end to the brutal treatment of imprisoned journalists.

Roxana Saberi, a freelance journalist who was held for 100 days in Iran in 2009, writes on the CPJ Blog: "The only crime committed by such journalists has been to speak about and show what they see around them. Their work has enriched people's knowledge and awareness about the realities inside Iran."