Quote of the Week - Elie Wiesel 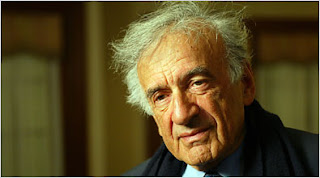 "Jerusalem is the heart of our heart, the soul of our soul." -- Elie Wiesel, Holocaust Survivor and Author

Elie Wiesel was born in 1928 in Sighet, Transylvania, which is now part of Romania. He was fifteen years old when he and his family were deported by the Nazis to Auschwitz. His mother and younger sister perished, his two older sisters survived. Elie and his father were later transported to Buchenwald, where his father died shortly before the camp was liberated in April 1945.
Posted by Alice C. Linsley at 1:29 AM