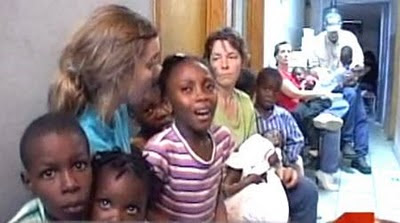 TWIN FALLS, Idaho (BP)--Paul Thompson reads the media accounts describing the journey of him and nine other jailed Baptist volunteers in Haiti who are all now free, and scratches his head. He was there. What he reads is not what he experienced.

Thompson, pastor of Eastside Baptist Church in Twin Falls, Idaho, was one of those 10 Baptist volunteers who went to Haiti in late January with the goal of taking orphans out of the earthquake-ravaged country and into an orphanage being started in the Dominican Republican. That trip took a disastrous turn Jan. 30 when the 10 were shocked to learn they were being charged with child kidnapping, with allegations swirling that the group had plans to sell the kids into slavery, or worse, to harvest and sell their organs.

Such rumors were false, but it took more than 100 days to finally resolve the matter. Eight of them were freed in February, a ninth one released in March, and the final one -- Laura Silsby -- was let go May 17, more than 100 days after the ordeal began.