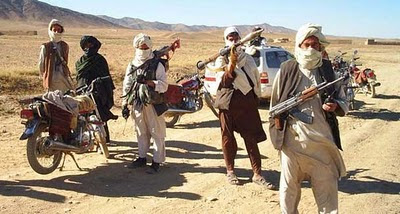 LASHKAR GAH: Taliban militants are digging in ahead of a major Nato operation in Helmand province in southern Afghanistan.

“The Taliban are not going to leave Marjah. We have seen them preparing themselves. They are bringing in people and weapons. We know there is going to be a big fight,” said Abdul Manan, a man from Marjah.

“The Taliban are very active in Marjah. They are planting mines there and in the surrounding areas,” said villager Abdul Khaleq after arriving in Lashkar Gah.

Abdullah Nasrat, a Taliban commander in Nad Ali district where Marjah is located, told Reuters by telephone there were some 2,000 militants ready to fight to the death.

“We are well prepared and will fight until the end. We don’t have sophisticated weapons like the Americans with tanks and aeroplanes, but we have Islamic zeal. That is the power we have to fight against the infidels,” he said. — Reuters
Posted by Alice C. Linsley at 4:40 AM

Email ThisBlogThis!Share to TwitterShare to FacebookShare to Pinterest
Labels: war

Lord, have mercy. The bloodshed is going to be horrific!