US Request for Baradar Denied 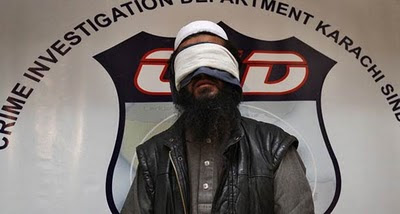 The arrest of Mullah Baradar was kept secret for about a week before Pakistan and the White House confirmed it on Feb 17 and hailed it as a big success in the fight against terrorism. - Reuters File Photo
ISLAMABAD: The government refused on Wednesday to hand over to the US the commander of Afghan Taliban, Mullah Abdul Ghani Baradar, who was recently captured in Karachi.

According to sources, the request was made by US Federal Bureau of Investigation’s Director Robert Mueller during meetings with officials of Inter-Services Intelligence (ISI), Intelligence Bureau (IB) and Federal Investigation Agency (FIA).

He was told that an accused arrested in Pakistan could be repatriated to the country of his origin only if he had not committed any crime here.

The refusal was in contrast with the policy pursued by ex-president Gen (retd) Pervez Musharraf who handed over to the US a large number of Afghans. Gen (retd) Musharraf was also accused of handing over several Pakistanis to the US for dollars. He denied the charge.

The sources said that the Taliban leader might be handed over to Afghanistan if Kabul made a request.

The issue also figured at a meeting attended by the FBI chief, Interior Minister Rehman Malik and his Afghan counterpart Mohammad Hanif Atmar, the sources said.

They said the US sought extradition of Mullah Baradar and other wanted terrorists to America, but Pakistan contended they could only be extradited to the country of their origin if they had not violated Pakistani law.

It was decided that a biometric system would be installed along the Pakistan-Afghanistan border within two months.

A press release issued by the US embassy quoted Mueller as saying that “the tripartite session was an effective discussion conducted in a positive and productive manner and focussed on our shared concerns”.

It said the three sides agreed to timelines and deadlines for their cooperation in countering terrorism and major crimes. They agreed to meet again in a month to monitor progress and define new milestones in this regard.

The session was the latest in a series of tripartite discussions being held since February last year.

The arrest of Mullah Baradar was kept secret for about a week before Pakistan and the White House confirmed it on Feb 17 and hailed it as a big success in the fight against terrorism.

AP adds: Zemeri Bashary, a spokesman for the Afghan interior minister, said: “Pakistan has agreed to hand Mullah Baradar over, but there are going to be consultations with judicial authorities.”

Interior Minister Rehman Malik said Pakistan was expecting a formal request from the Afghan government to hand over Mullah Baradar.

The move could allow US officials to conduct their own interrogation.

Mullah Baradar was captured in a joint Pakistani-US operation and has given some useful information to Pakistani interrogators, officials said. It is unclear if American officials have had direct access to him.