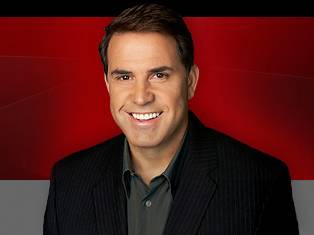 Here's what Sanchez said about his experiences with prejudice at CNN:

"It's not just the right that does this. 'Cause I've known a lot of elite, Northeast establishment liberals that may not use this as a business model, but deep down, when they look at a guy like me, they look at a ... they see a guy automatically who belongs in the second tier and not the top tier ... White folks usually don't see it, but we do, those of us who are minorities ... Here, I'll give you my example, it's this, 'You know what, I don't want you anchoring anymore. I really don't see you as an anchor, I see you more as a reporter. I see you more as a Jon Quinones.' You know, the guy on ABC. That's what he told me, he told me he saw me as Jon Quinones. Now, did he not realize that he was telling me, 'when I see you I think of Hispanic reporters?' 'Cause in his mind, I can't be an anchor, an anchor's what you give the high profile white guys."

Sanchez also said:
"Yeah, very powerless people. [laughs] He's such a minority. I mean, you know, please. What are you kidding? I'm telling you that everybody who runs CNN is a lot like Stewart and a lot of people who run all the other networks are a lot like Stewart. And to imply that somehow they, the people in this country who are Jewish, are an oppressed minority?"

Rick Sanchez's perception of media control and bias is justified.  I've encountered the same as a Gentile woman working in Biblical Anthropology trying to get my 33+ years of research published by Jewish-controlled magazines.
Posted by Alice C. Linsley at 5:38 AM