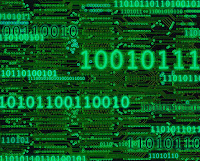 Ancient peoples were great observers of nature. They recognized that seasons run in a cycle, the Sun appears to move from east to west, and people bring forth people, not plants or other animals. They observed the heavens and nature because they believed that these provided clues to the Creator's nature and how they should order their lives.

The ancient cosmologies we have considered deploy related binary oppositions; are concerned about fertility and blood, and indicate belief in the power of ritual to order what has become disordered. The oppositions also suggest the existence of real time and metaphysical boundaries that are to be observed.  Those boundaries observed by the ancients are largely ignored or denied in the West today.  Thus the controversial issues of our time touch on life and death: abortion and euthanasia; on gender distinctions: homosex and feminism; and on the relativity of moral good. Disasters have nothing to do with the Creator. They are the work of Nature, an impersonal and non-judgmental mechanism.  Disorder for us is a law of physics, not the result of violating boundaries or changing "the celestial pattern" (Mircea Eliade).

However, in the ancient world when disasters came or life became disordered, the priest, prophet or shaman was consulted by the trial council to determine the cause of the disorder. In ancient Canaan (Palestine), the prophet is called the “moreh” and unlike the priesthood, included females. The morehs lived near wells or rivers and sat under trees. Abraham consulted the moreh at the oak in Mamre between Ai and Bethel (an east-west axis), and Deborah was consulted at her palm tree between Bethel and Ramah (a north-south axis). Notice that the morehs resided at the sacred center between two towns.

In finding the sacred center, the rising Sun was of foremost importance. The 4 cardinal poles: east-west and north-south were also reference points. Abraham’s people determined true north from the pole star and also because, as metal workers, they had discovered the magnetic polarity of iron filings.

Because the Sun rises in the east, the ancients faced east in prayer and built their shrines, temples and pyramids facing east. This is what it means to be “oriented.” To face the opposite direction would be to turn away from the ascending God, and to become disoriented. In Christianity, this tradition is observed in the placement of altars against the east wall, with the priest celebrating facing the east with his back to the congregation.

The morehs, priests and shamans were trained to read the binary structure of reality. Their wisdom was based on observation of universal patterns in nature. Today we tend to think of their wisdom as superstition, but their powers of observation were such that they prepared the foundation for astronomy, navigation, botany, zoology, linguistics, geometry, philosophy and metallurgy. We are not able to escape the essentially religious principles they passed down to us because these are fundamental functions of the world, and human progress depends on them. This is what Mircea Eliade understood and why he wrote, “the man who has made his choice in favor of a profane life never succeeds in completely doing away with religious behavior.” (The Sacred and the Profane, p. 23)