The Media Stokes Anger and Radicalization 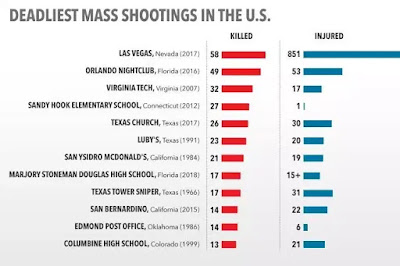 The recent mass shootings in El Paso, Dayton, and Chicago are still under investigation. However, they have much in common with other mass shootings: they are violent acts of angry men. Angry people find "sinister ideologies" helpful in justifying their aggression.

The anger has been stoked by faceless voices in American society. It is easy to blame President Trump because there we have a face. Homegrown terrorism appears to be stoked in the U.S.A. by the polarizing Media and through social media, both of which should step up their efforts to defuse the anger and to identify the radicals.

In Muslim countries young men are radicalized by Imams and Mullahs. In the United States they are radicalized by a faceless media. When we buy into the polarized narrative of the Media we dehumanize our opponents and it is easier to kill them.