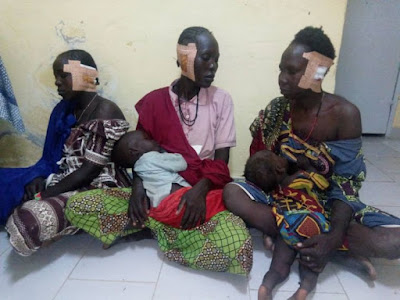 Nigeria’s decade-long conflict with Boko Haram has resulted in the deaths of over 20,000 civilians and a large-scale humanitarian crisis. Approximately 2.1 million people have been displaced by the conflict while 7 million need humanitarian assistance. The crisis is likely to expand as Boko Haram broadens its ruthless attacks.


Boko Haram terrorists stormed the Christian village of Kalagari in northern Cameroon on July 29, taking eight women hostage and cutting off their ears before releasing them. The women are being treated for their injuries but Open Doors UK said it was not clear whether all of the abducted women had been released.

The militant group has been attacking Christian communities in Nigeria for the last decade and has now spread its violent ideology into Cameroon, Niger and Chad.

2011
Boko Haram was responsible for attacks that killed more than 425 people, including police officers, soldiers, community leaders, politicians, Islamic clerics, Christian pastors, and church members. The attacks on November 4 resulted in the highest death toll in a single day since Boko Haram began its campaign of violence in Nigeria in July 2009.

2012
Boko Haram was was responsible for hundreds of deaths in attacks in Maiduguri on government buildings, markets, schools, media houses and churches, including church bombings that sparked a new wave of sectarian violence in late June 2012. The violence killed about 100 people between the bombings and the fights.

Boko Haram murdered a Christian pastor and a Muslin cleric who were traveling together. They were ambushed in Zaria. In Feb. 2014 Boko Haram slaughtered 43 students in a Christian school in Buni Yadi. 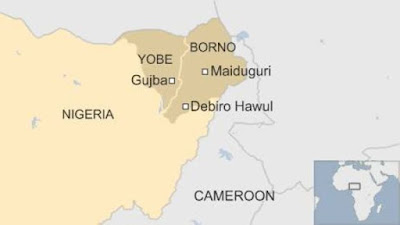 2015
Boko Haram militants razed the town of Baga in north-east Nigeria and attacked surrounding areas. Bodies lay strewn on Baga's streets. At least 2,000 people were killed. Boko Haram now controls 70% of Borno State, which is the worst-affected by the insurgency.

In March, soldiers from Niger and Chad who liberated the Nigerian town of Damasak from Boko Haram discovered the bodies of at least 70 people, many with their throats slit, scattered under a bridge.

In June Boko Haram lauched attacks on the villages of Debiro Hawul and Debiro Bi in Borno state, killing at least 40 persons.

In a separate attack, a 12-year old female suicide bomber killed at least 35 people in a mosquein the town of Gujba in Yobe State.


2016
In Feb. Boko Haram killed at lest 65 people in Dalori in Kaduna State. A suicide bomber infiltrated the group that was hiding.

The same month Boko Haram gunmen in pickups stormed the villages of Yakshari and Kachifa in Damboa district, slaughtering at least 30 villagers, in two separate attacks on Friday night and Saturday morning.

2017
Boko Haram militants kidnapped about 40 young adults, women and children, and killed 18 in the town of Banki in Borno State, on the border of Nigeria and Cameroon. Boko Haram is blamed for the murders of about 400 people between April and September 2017 in the Lake Chad area.


2018
In June, Boko Haram attacked and killed 9 soldiers and wounded two others in Gajiram, headquarters of the local government of Nganzai in northeastern Nigeria.

Boko Haram began targeting soldiers. In October, Boko Haram attacked and killed 15 soldiers near the Niger Border and around the Lake Chad.

Earlier in the month Boko Haram attacked soldiers near the village of Damboa, killing five. Another 14 soldiers and two civilians were also wounded.

2020
On 20 January, Pastor Lawan Andimi was murdered by Boko Haram. This launched a protest march of five million people.

On the same day Pastor Andimi was murdered, the terrorist group released video footage of its murder of kidnapped student Ropvil Dalep.


On 10 February, Boko Haram killed at least 30 people and abducted women and children in Auno town on a major highway in Borno State, north-eastern Nigeria.

In March, Boko Haram killed at least 6 soldiers in Banki.

In May, Boko Haram killed 20 Muslims in an attack on villagers in Maiduguri.

In June, Boko Haram murdered 81 in the nomadic community of Faduma Kolomdi in northern Borno. The terrorists stole at least 100 head of cattle.

In July, Boko Haram posted a video of the execution of 3 Christians ad 2 Muslims in Borno.