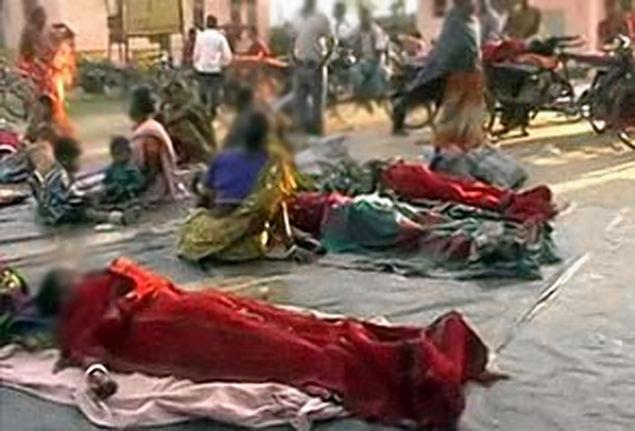 A government hospital in West Bengal's Malda district is facing an inquiry for conducting mass sterilization of women and relocating the women to a nearby open field.

Biswa Ranjan Satpathi, West Bengal's director of health services, was reported to have said, "This is inhuman and we have ordered a probe into the incident."

Staff at a mass sterilization camp in West Bengal dumped 106 women in a field to recover after their painful surgeries.

The Bill and Melinda Gates Foundation and the British government organized a family planning summit in London. Rich nations and NGOs pledged US$2.6 billion for population control/contraception in the developing world.

At the summit "sterilization camps" were not mentioned, but India's representatives spoke of a "paradigm shift" in their family planning. Likely, some of the $2.6 billion went into the pockets of the doctors who sterilized Indian women at the Manikchak Rural Hospital.

After the operation, women still under the effects of anesthesia, were dumped in an open field. According to the local media, "such frenzied sterilization camps are routine".

India no longer has centralized family planning quotas, but in practice state and district officials set targets, leading to disgraces like this.