Quote of the Week - Giorgio Ghiringhelli 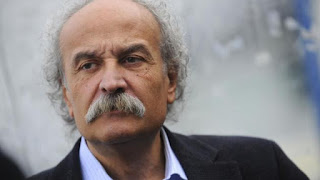 
“Those who want to integrate are welcome irrespective of their religion. But those who rebuff our values and aim to build a parallel society based on religious laws, and want to place it over our society, are not welcome.”--Giorgio Ghiringhelli

In light of Islamic terrorism around the world, Switzerland is following the lead of Bavaria, France, Hungary and Italy, in cracking down on Islamic symbols and clandestine mosques. Even the generally open-minded Swiss are banning the “burqa” in public.

Voters in a predominantly Italian area of Switzerland voted Sunday, November 29, 2015 to ban full-face veils. According to the Agence France-Presse the decision has outraged the country’s Muslim community and Amnesty International,

The town of Ticino approved a referendum to ban burqas, after the Swiss parliament decided a ban would not “violate the country’s federal law.”

Giorgio Ghiringhelli is correct in asserting that people of all religions are welcome to Italy, but those who want to build a society based on their native religious laws are not welcome.

In other words, people who move to Italy from other countries must live by Italian laws, not by Islamic law (sharia) or any other laws they may have lived by in their native countries.