The ancient custom in Ireland was to bury unbaptised children, strangers, suicides and criminals in mass graves. Here is a map of all of the “children’s burial grounds” in Galway, taken from a National Monuments Service interactive map. 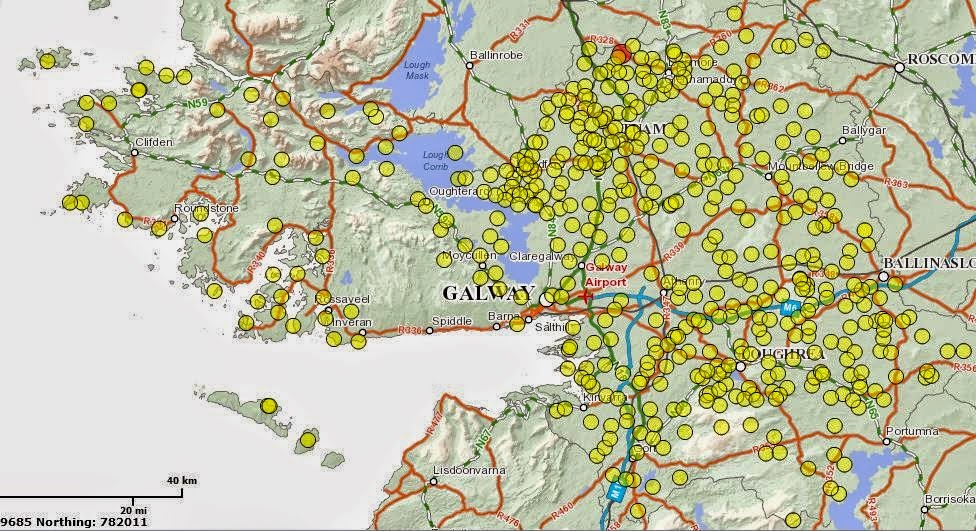 The Catholic Church in Ireland and its ferocious nuns are being pilloried over yet another tranche of decades-old crimes. “Galway Historian Finds 800 Babies in Septic Tank Grave” is the headline in the Boston Globe. As the story snowballs don’t be surprised if you read about “the killing fields of Ireland”.

The remains were found on the site of a home for unmarried mothers and their children run by the Bon Secours Sisters between 1925 and 1961 in Tuam, County Galway. Sketchy accounts which are appearing in the media evoke images of murdered children and secret burials. Guardian columnist Emer O’Toole wrote in an incandescent fury: “Do not say Catholic prayers over these dead children. Don't insult those who were in life despised and abused by you. Instead, tell us where the rest of the bodies are.” A Government Senator from Galway, Fine Gael’s Hildegarde Naughton, has called what happened “manslaughter”.

But the fires of indignation burn hottest and highest when they are uncontaminated by facts. Before politicians and columnists launch into their well-rehearsed litanies denouncing sadistic nuns and misogynist clerics, it might be wise to scout whether there are enough facts to justify the scaremongering.