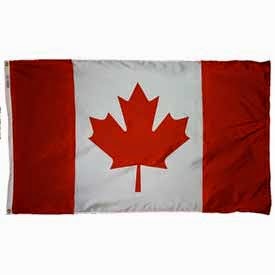 NEW YORK, June 6 (C-FAM) The defining feature of Canada’s ambitious multi-billion-dollar international plan to help mothers and newborns is not what it provides, but what it leaves out, namely, abortion.

As Canadian Prime Minister Stephen Harper promised a further $3.5 billion dollars to his signature foreign policy health initiative at a Toronto summit last week, abortion advocates renewed their call for him to not “separate abortion from maternal health.”

Harper told the Globe and Mail, “What we have been trying to do since 2010 is build broad public and international consensus for saving the lives of mothers and babies,” he said. “You cannot do that if you introduce that other issue.”

Harper’s reluctance to refer to “that other issue” by name reflects the stigma around abortion worldwide, including in Canada, which has some of the most liberal abortion laws in the world. It is because of this stigma that abortion advocacy groups have made great efforts to fit themselves into the broad maternal health umbrella – and why they protest so strongly at being evicted from beneath it.

Canada is not alone among major donors in blocking aid funding for foreign abortions – the U.S. has done so since shortly after abortion was legalized at the national level by the Supreme Court decisionRoe v. Wade.

When philanthropist Melinda Gates announced her goal to make family planning her signature issue, she explicitly stated that she would not fund abortions. While she has drawn criticism for partnering with organizations that advocate for and provide abortions, Gates has not changed her public stance.

In the same Globe and Mail interview, Gates spoke favorably about Harper’s initiative focusing on pregnancy and childbirth. “Maternal and child health is on the global health agenda, in part, really, thanks to what Canada did.”

She later reflected, “every journalist also focused on Canada’s policy on abortion.” She argued that conflating abortion with other issues stalls progress and undermines cooperation. “I’ve decided not to engage on it publicly—and the Gates Foundation has decided not to fund abortion.”

Many of the editorials urging Canada to fund overseas abortions as a component of maternal health cited the same statistic: that abortions cause approximately 13% of maternal deaths worldwide. The WHO has recently released an estimate saying the actual number may be closer to 8%.

Like the Gates Foundation, Canada’s maternal health initiative prohibits directly funding abortion, but the situation on the ground in recipient countries can depend on the agencies the donor chooses as partners. LifeSiteNews reports that Canadian grant money will go to International Planned Parenthood Federation, the world’s largest abortion provider, but only in countries where abortion is illegal or heavily restricted. Among these countries is Bangladesh, which permits abortion under the name “menstrual regulation” during the first trimester. It is unclear that the funding would be segregated to prevent its use to fund this procedure.

Nevertheless, Canada is not only establishing itself as a global leader on maternal and child health but demonstrating that this work does not require funding for abortion, and inheriting the moral and political controversy that goes with it.