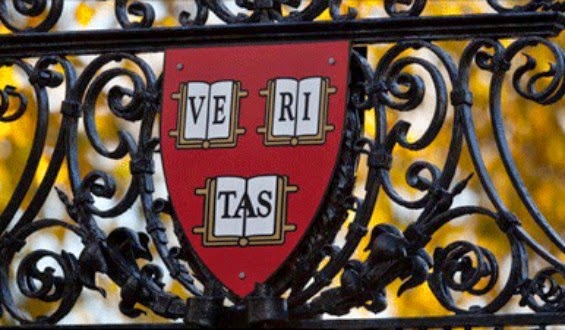 Did you know that Harvard, America's oldest, richest and most prestigious University has just endorsed its first-ever honour code? This is a polite way of saying that that there is so much cheating in a university overflowing with geniuses whose motto is Veritas (truth), that a whole new bureaucracy had to be set up to deal with it?

The move for an honour code came after nearly half of the 279 students who enrolled in an introduction to the workings of Congress were caught cheating a couple of years ago. Harvard being what it is, a good handful of these could end up in Congress at some stage.

"The impact will probably be small," one of the students who sat on a committee which drafted the code admitted, "but I think over time it will help to create that culture shift where people really value academic integrity and personal integrity."

How much time will be necessary, do you think? This unintentionally hilarious remark reminds me of the Groucho Marx quip: the secret of success is sincerity; fake that and you've got it made. Isn't there something sad about this divorce between IQ and ethics? As I recall, some of those smart guys at Enron went to Harvard. Oh well, the honour code is going to change everything.

Related reading:  Harvard's Dance With the Devil; Academic Integrity: What's That?; Cheating to Get Into Business Schools