No Justice for Murdered Border Patrolman

Congress voted to hold Eric Holder in contempt for not providing documents essential to Congressional investigation into the murder of Brian Terry on December 15, 2010. However, the Justice Department has declared that Attorney General Eric Holder’s decision to withhold information from Congress about Fast and Furious does not constitute a crime and he won’t be prosecuted for contempt of Congress. As Holder oversees the Justice Department, this was expected.

It appears that there will be no justice for Brian Terry and no closure for his family. How sad. 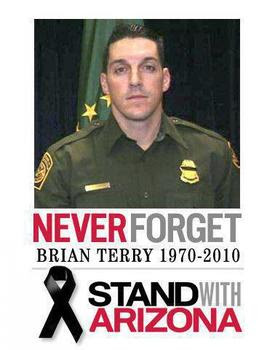 To add salt to the wound, Janet Napolitano has said that the Feds will not assist Arizona law officials in their attempts to deal with illegals in that state.


Related reading:  The Facts About Operation Fast and Furious; Follow the Ideology with Bill Whittle
Posted by Alice C. Linsley at 10:41 PM