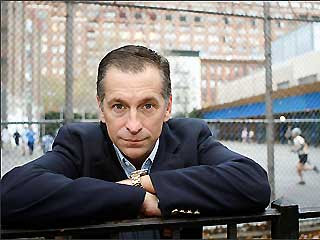 Rep. Steve King, R-Iowa, has a letter to President Obama signed by 53 Republican members of Congress calling for Jennings’ removal from the Department of Education.
Even Democrats are starting to question how appropriate Jennings’ appointment.

Focus on the Family Founder Dr. James Dobson called for Jennings’ removal on his broadcast last week. “He has written six books on homosexuality in education and has a lifelong commitment to children being taught homosexual propaganda in the public schools,” Dr. Dobson said. “What is happening now in Washington,” he said, “in the White House, in the Congress, and to some degree in the courts – is my greatest nightmare.”

From here. There is a link to a petition to have Jennings removed.
Posted by Alice C. Linsley at 5:00 PM