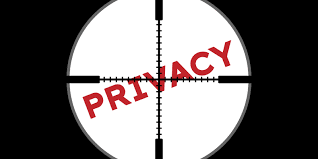 When Bill Gates says it is necessary to regulate the Tech Sector, Americans should take this seriously. He appeared on "The David Rubenstein Show: Peer-to-Peer Conversations" on June 24, 2020.

Americans have concerns about personal privacy due to technologies that can collect massive amounts of data. According to a 2019 survey of the Pew Research Center, most Americans feel that they have little control over how their personal information is collected and used by businesses and government. About 6 out of 10 persons sampled believed that "it is not possible to go through daily life without having their data collected."

In other countries more than 80% of the people surveyed say the power of big tech companies should be limited. Those countries include Germany, India, Indonesia, Thailand and New Zealand.


Countries disagreeing the most with regulation of big tech companies include Nigeria and Japan. More than 40% of people surveyed in those nations say they didn't think those companies need more restrictions.

About 74% of respondents worldwide agree with this survey statement: "Technology is displacing our jobs."

Globally, about 77% say they worry that their internet privacy is at risk.

85% of those sampled agree with the statement that "the world needs a global set of internet standards.

Related reading: Personal Privacy and Data Collection; Notre Dame-IBM Launch Tech Ethic Lab; How to Keep Your Personal Information Secure; From the Office of the Director of National Intelligence; Threats to Facebook's Future