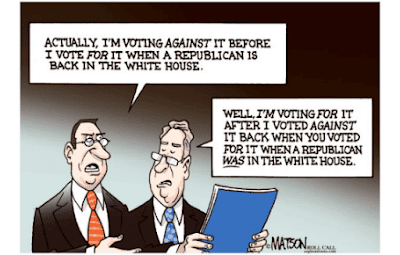 Recently, accusations of racism, pandering to fears, and questions about ethics have taken center stage in American politics. The polarization of Americans seems more pronounced than usual. What roll does ethics play in this drama?

"In a Pew Research Center survey conducted last summer, 91% of Americans said it is essential for someone in high political office to be honest and ethical – the top attribute out of nine asked about in the survey. There were no partisan differences in this assessment: Nearly identical shares of Democrats and Democratic-leaning independents (90%) and Republicans and Republican leaners (91%) said this."