Is Death Winning in America? 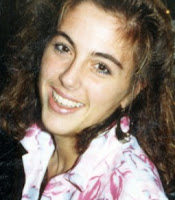 Five years since the court-ordered murder of Terri Schindler Schiavo, I can still see the vase of flowers next to her bedside. The vase was filled with water, keeping the beautiful blooms resplendent. Terri had gone 13 days without water or food. She was literally withering before our eyes in the hours before her death. Her dying was not a peaceful and gentle process. In all my years as a priest, I had never seen anything like this. Her face showed emotions of terror combined with sadness. She died in a Florida hospice on March 31, five years ago.
Wednesday is Terri’s Day, a day when congregations and people of faith all over the country remember this woman whose life was cut short by the culture of death. On that day at 5pm, I will be the celebrant and homilist of the National Mass for Terri at Ave Maria University in Naples, Fla. We will pray with Terri’s family for all those in situations like hers.

Five years after Terri’s murder, the world has become an even more dangerous and cynical place.

Terri died on Easter Thursday. Liturgically, the Church considers the time from the Easter Vigil through the Sunday after Easter as one “Easter Day.” Terri suffered as the Church meditated on the sufferings of Christ, and she died as the Church celebrated his resurrection. Her anniversary this year takes place within Holy Week. We are assured that Terri shared in Jesus’ victory over death, and that should bring us comfort. But to look around us and see how strong the culture of death has become should send us all to our knees in prayer — and out to the streets in action.

I think Bea, Diane, and Sally got it right.