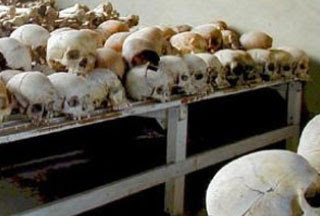 March 3:  France has arrested the former Rwandan first lady, who has been accused by the current Rwandan government of helping to plan the 1994 genocide.

Mrs. Habyarimana was taken into custody at her home south of Paris on Tuesday.

The assassination of Agathe's husband, President Juvenal Habyarimana, is widely considered the trigger for the Rwandan genocide.

The current Rwandan government says Agathe was one of the main architects of the genocide, in which Hutu extremists killed over 800,000 people.