For the first time this year, the Cranston Rhode Island school committee eliminated Yom Kippur, Rosh Hashanah and Good Friday as school holidays. Instead, it negotiated a collective bargaining agreement that allows teachers to take up to two days off each school year if they are required to attend religious services during the school day.

AP reports that on Monday the union filed suit because the school system has denied requests from some 200 teachers to take Good Friday off, even though they allowed teachers who requested it to take Rosh Hashanah off last fall. School Superintendent Judith Lundsten says that the Good Friday requests are not covered by the collective bargaining agreement because Good Friday does not require attendance at religious services during school hours. According to the Cranston Patch, the suit claims that the discriminatory denial of religious leave here is a breach of the collective bargaining agreement and a violation of the state Religious Freedom Restoration Act.”

The reasoning of the school committee is flawed. Good Friday is properly a full day of fasting and prayer. It may or may not involve a church service, but it does involve fasting, prayer and quiet contemplation of the Lord's Sacrifice. These activities cannot be done in the context of a routine work day.

Posted by Alice C. Linsley at 2:40 PM No comments:

Contrary to the fear mongering of population alarmists, the world isn’t heading for a demographic catastrophe. The latest data on world population from the UN Population Division reveal a number of trends that indicate otherwise. The following is PRI’s brief overview of some of the findings from the recently released 2015 Revision of the World Population Prospects.

According to the UN Population Division’s medium variant projection, world population is estimated to be 7.3 billion today. That number is expected to rise to 9.7 billion by 2050 and 11.2 billion by 2100. In the past two and a half decades, world population has increased by 2 billion people. Yet despite the rapid rise in world population, the percentage of people living with hunger in developing countries has actually dropped from 24% to 14% over the same time period. Welcoming another 4 billion to the human family, if that in fact actually happens, does not necessitate a demographic catastrophe.

Posted by Alice C. Linsley at 4:40 PM No comments: 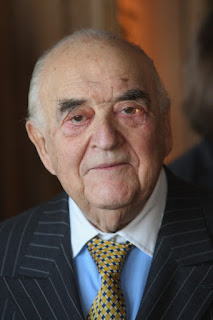 Read it all here.
Posted by Alice C. Linsley at 8:24 PM No comments: