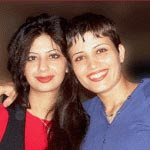 Release International is reporting that Iran has dropped a major charge of conducting activities against the state against two Christian women who have been detained since March because of their faith.

The two, 27-year-old Maryam Rustampoor, and 30-year-old Marzieh Amirizadeh Esmaeilabad were told by a court to renounce their newfound Christian faith and return to Islam. But they have refused.

They were arrested on three charges: anti-state activity, propagating the Christian faith, and apostasy – leaving Islam.

According to Middle East Concern a judge at the Revolutionary Court has now dropped the charge of carrying out activities against the state. The two women and their lawyers are said to be delighted, as acquittals are rare in Iran. Their case will now be transferred to a general court, where the other two charges will be considered.

Maryam and Marzieh are now back in prison, awaiting their next hearing. Both are said to be in poor health and to have been denied satisfactory medical care by the authorities – though Maryam was given treatment for severe food poisoning.