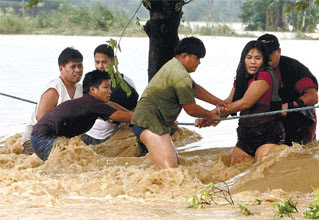 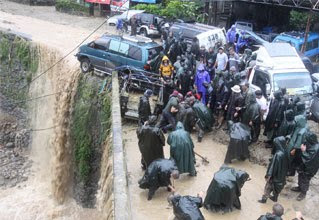 At least 160 people have been killed by flooding and landslides triggered by heavy rain in the northern Philippines, officials say.

Most of the deaths were in Benguet province, where landslides were reported to have hit several towns.

In Pangasinan province, accumulated flood water had to be released from dams, hampering rescue efforts. 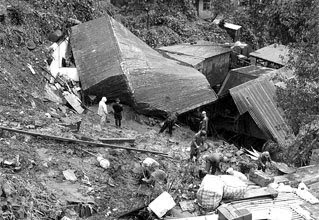 The country is dealing with the aftermath of two major storms, Typhoons Ketsana and Parma.