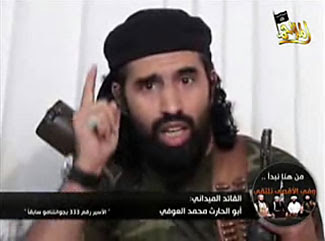 
Two Saudis formerly jailed at the US prison camp in Guantánamo Bay, Cuba, have joined Al Qaeda's Yemeni branch, and authorities here worry that two other ex-Guantánamo inmates may have strayed back to militancy because they have recently disappeared from their homes.


The revelations illustrate the difficulties faced both by President Obama, who has pledged to shutter the facility for terror suspects, and the Saudi government, which is trying to reform its own radical jihadis, many of whom were imprisoned at Guantánamo before being released back to the kingdom.

Further complicating Saudi efforts is a resurgence of Al Qaeda in Yemen that is drawing Saudis to fill its ranks, say terrorism experts. The group's upswing was underscored by its September attack on the US Embassy in Yemen that killed 16 people. The embassy was threatened Monday when a phone caller said it was the target of an imminent Al Qaeda attack, reported the Associated Press.

Last week, Al Qaeda in Yemen started to publish its magazine again and posted a video online declaring the Saudi and Yemeni Al Qaeda groups had united, according to Jihadica.com, a website that analyzes extremist activity on the Internet.