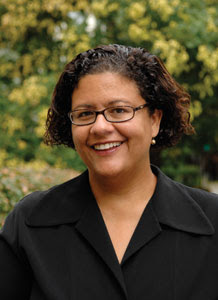 After poet and Yale professor Elizabeth Alexander was announced as the inaugural poet, fellow poet Paul Muldoon was quoted as saying he was confident the choice was due to literary merit. I hope there was a twinkle in his eye when he said this. Literary merit surely was one consideration, but one doesn't have to be a cynic to suspect it wasn't the only one.

Inaugural poets, like other inaugural speakers, have always been chosen for symbolic reasons as well. John F. Kennedy's choice of Robert Frost as the first inaugural poet was the closest to entirely merit based. When John F. Kennedy chose him, Frost was something like our national poet. He was beloved, had carefully tended his reputation as the people's poet, and was widely (though sometimes grudgingly) admired by other poets. (The closest poet to this status today is probably Billy Collins, but he does not have Frost's status among fellow poets and does not seem quite so all- American). Although Frost was an obvious pick, he also symbolized the old fashioned (implicitly Protestant) traditions of rural America, a constituency Kennedy wanted to reach. Bill Clinton's choice of Maya Angelou in 1993 reinforced his sympathy for minorities, and 1997 Miller Williams represented homespun Arkansas wisdom--Clinton as a man of the people.

A key attraction of Alexander to Obama, it seems to me, is that her poetry is intensely race conscious, but in a way that is less hostile to mainstream American culture and less anchored in grievance than the work of many of the best known black poets of the past generation.