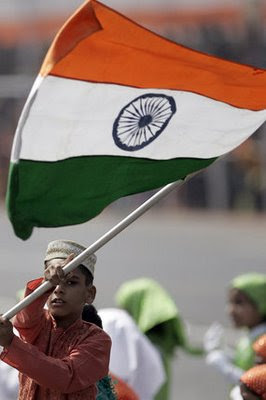 Terrorism and the global economic downturn are likely to emerge as important election issues in India, after officials announced the country will go to the polls starting next month. The Indian Electoral Commission says the election will be staggered over five days between April 16 and May 13, with the counting of ballots to take place on May 16.

The long voting period is needed to allow the 714 million people in the world's biggest democracy to take part in the election.

The vote had to be held before the end of May, when the five-year mandate of the Congress Party-led government of Prime Minister Manmohan Singh expires.

Analysts say the main battle will be between the Congress-led coalition and the leading opposition bloc, headed by the Hindu-nationalist Bharatiya Janata Party (BJP).

So far, no party is expected to emerge with a clear majority in the lower house of parliament, and observers say the polls may be followed by weeks or even months of political uncertainty as parties negotiate to form a government.Chief election commissioner N. Gopalaswami told reporters in New Delhi the voting schedule takes into account school examinations, local holidays, festivals and the harvest season.

The staggered voting will also allow security forces to move around the country to curb any attempt to coerce or intimidate voters.

Nice blog. Only the willingness to debate and respect each other’s views keeps the spirit of democracy and freedom alive. Keep up the good work. Hey, by the way, do you mind taking a look at this new website www.indianewsupdates.com . It has various interesting sections. You can also participate in the OPINION POLL in this website. There is one OPINION POLL for each section. You can also comment on its news and feature articles.


Kindly go through the entire website. Who knows, it might just have the right kind of stuff that you are looking for. If you like this website, can you please recommend it to at least 5 of your friends. Your little help would help us in a big way.

Currently these are the important issues - but in India issues do not matter it is all about regionalism, caste, money power that will decide the winners. But the things are slowly improving as the awareness among people is increasing. Let us see how these general elections be

My grandmother was born in India and grew up there. She used to tell me wonderful stories about riding her horse for miles, carrying water in her brass "thermos".

India is such a great nation! May God bless you with good leaders.