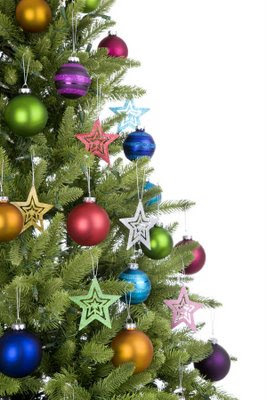 There are those who for distaste of religion in general and God in particular would ban public Christmas displays claiming that such favor one religious tradition.

This may have been the case 40 years ago, but no longer. For the masses who endure long shopping lines and the rigors of holiday parties, who send greeting cards with red foxes in snow (I received 3 this year!), Christmas is a secular holiday.

Mark Mercer has the right idea. He has written:

For at least a couple of generations, Christmas has been evolving into a secular holiday, a holiday that for many of us has no religious significance at all. Christmas is a celebration of good will, generosity, and peace among nations. It is a time to appreciate and enjoy the company of family and friends. Children are central to Christmas — partly because it is to them that the future belongs, mainly because they are strange and clever people of whom we are fond.

Now for the Christians among us, Christmas marks the birth of Jesus and, so, is also an occasion for worship. But it isn’t any such occasion for the rest of us. And while the activities and symbols through which we honour and celebrate good will, generosity, peace, family, friends, and children derive from Christian traditions, they now have a life of their own independent of those traditions. They don’t put us in mind of any values or doctrines specifically Christian.

Christmas then is, for many who celebrate it, an entirely secular holiday. So if public displays of Christmas trees or greetings of “Merry Christmas!” privilege or exclude, it is not in virtue of their privileging Christianity or excluding non-Christians. What we honour and celebrate at Christmas and through such things as Christmas trees, gift giving, and greetings of “Merry Christmas!” — good will, generosity, peace, family, friends, children — are important in many, if not all, traditions and ways of life current in Canada.

Those who claim that Christmas, as it is celebrated in the West today, is a Christian holiday should remember that for the first 20 years of Christianity there was no celebration of Christmas. Instead Christians joined in weekly remembrance of Christ's Incarnation, Crucifixion, Resurrection, and Ascension in joyful anticipation of His coming again.
Posted by Alice C. Linsley at 4:36 AM