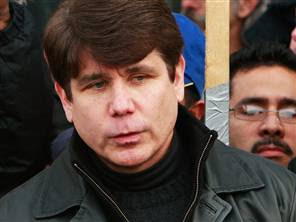 After congratulating President-Elect Barack Obama on his decisive victory, Governor Rod R. Blagojevich announced that he will take his time and use a diverse senior staff made up of key members of his administration who will assist him in selecting a suitable replacement for Obama.

“Last night’s victory was bittersweet for Illinois - as we gain a great President, we lose a great Senator. And it goes without saying that our next Senator has big shoes to fill. Because it’s important that the best person for Illinois is selected, I want to be clear that the calendar won’t dictate our search. Instead, I want to ensure that Obama’s successor will understand and fight for the needs of average Illinoisans,” Governor Blagojevich said.

Governor Blagojevich will be looking for candidates that will:

Support the President-Elect’s agenda for the people;
Effectively represent the interests of the state of Illinois in the U.S. Congress;
Work with my administration to achieve our shared goals of ensuring access to affordable healthcare, rebuilding Illinois’ infrastructure, improving the economic security and livelihoods of Illinois workers, and caring for our most vulnerable; and,
Prioritize the average Illinoisan who is too burdened by taxes and economic hardship.

The U.S. Constitution, 17th Amendment, provides that a state legislature may empower the executive of the state to make the appointment.

Amendment XVII to the United States Constitution gives the Governor the authority to fill a vacancy in a Senate seat. See text below:

United States Constitution: Amendment XVII
The Senate of the United States shall be composed of two Senators from each state, elected by the people thereof, for six years; and each Senator shall have one vote. The electors in each state shall have the qualifications requisite for electors of the most numerous branch of the state legislatures.

This amendment shall not be so construed as to affect the election or term of any Senator chosen before it becomes valid as part of the Constitution.

Illinois Gov. Rod Blagojevich was arrested Tuesday on federal charges that he brazenly conspired to sell or trade the Senate seat left vacant by President-elect Barack Obama to the highest bidder.

A 76-page FBI affidavit says the 51-year-old Democrat was intercepted on court-authorized wiretaps over the last month conspiring to use the vacant Senate seat to obtain personal benefits for himself and his wife, Patti.

In Illinois, the governor selects a successor when there is a mid-term Senate vacancy. Obama resigned from the Senate soon after winning the Nov. 4 presidential election.

For the latest on the Governor's legal troubles, go here and here.
Posted by Alice C. Linsley at 6:00 AM