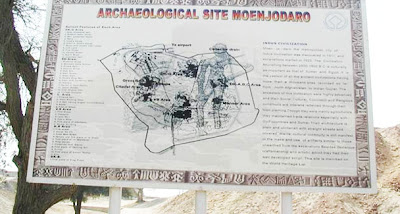 KARACHI: A new four-lane expressway is being built in Moenjodaro on a piece of land protected under the Antiquities Act, reliable sources told Dawn on Saturday.

The Antiquities Act of 1975 restricts any kind of construction or development on the archeology department’s land.

A buffer of 200 feet around the archeological site has also been designated as protected under the act, meaning such activities cannot be undertaken.

A no-objection certificate from the director general of the archeology department has to be obtained for undertaking any such activity.

The expressway is being constructed to connect Larkana town with the airport.

According to highly placed sources, the two government organisations have so far refused to budge from their positions, one of them insisting that construction was being done on protected land while the other maintaining that it was outside the protected zone.