Government Against the People 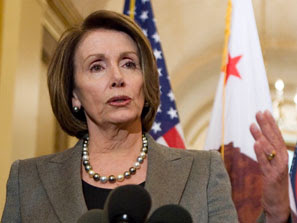 So government has been turning on the people, making allegations that certain citizen grassroots movements are angry and hostile and racist. It’s a political tactic to deflect voter discontent and blame….the voters. It’s not working.
A new Pew poll finds historic levels of unhappiness about the federal government and its role in the lives of average Americans, unrest that is at the foundation of what is shaping up to be a strongly anti-incumbent political year.
The current conditions in public opinion amount to a “perfect storm” of disgust/distrust toward government, according to Pew poll director Andy Kohut, who cites “a dismal economy, an unhappy public, bitter partisan-based backlash, and epic discontent with Congress and elected officials” as the critical factors in this building tempest.