The Small Guy Can Play that Game too! 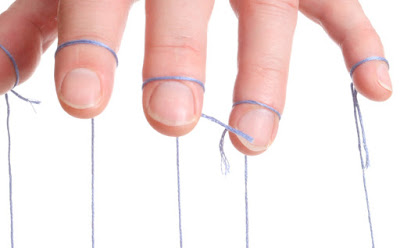 Political infiltration is sometimes called entryism. The strategy involves encouraging members or supporters of an organization or a state to join a larger organisation in an attempt to influence ideas and/or subvert the programs and objectives of the larger group.

The threat of political infiltration is not a new one. The Founding Fathers feared foreign interference and took steps to prevent it, as former Federal Election Commission Chairman Trevor Potter noted in a 2017 speech.


"The founders took steps to guard against such [interference] by including in our Constitution guardrails like the requirement that the president be a 'natural born citizen."

Another measure to protect the new nation from foreign influence was the Emoluments Clause, prohibiting any government official from accepting a title or a gift from a foreign government.

Likewise, journalists who accept money from the large media corporations are not going to bite the hand that feeds them. They will promote the acceptable narrative.

A Marxist view of the struggle between political parties and between the elites and the common man would have us focus on who controls the means of production. These are impersonal entities that influence policies through their seemingly inexhaustible purchasing power. They own the mainstream media outlets. They own the lobbies, and they influence through political infiltration and gaslighting.

In some ways the availability of social media balances the influence of powerful corporations. A discerning and articulate individual can offset the manipulation by naming it. This must be done without violating community standards of discourse. It requires self-promotion with humility.

The secret to having a positive effect as a public critic using social media is to be honest, to back up your claims with substantial sources, and to produce a large body of work. This must be done as an independent writer, and without accepting money from anyone. That is the only way to cut the puppet strings.

Every person exercises influence on someone; a friend, a room mate, or a younger sibling. You may chose how you will you influence those around you. With internet access, a critical thinker can expose a great deal of corruption and manipulation. If you speak the truth grounded in reality, you will gain a following. The small guy can play the influence game too.


Related reading: Public Debate and Search Engine Politics; Do You Know What Your Algorithms Are Up To?; The Facebook Algorithm Explained; Social Media Bots and Political Propaganda;
The Media Stokes Anger and Radicalization; Trapped in a Web of Punditry