Transhumanism and the Christian Hope 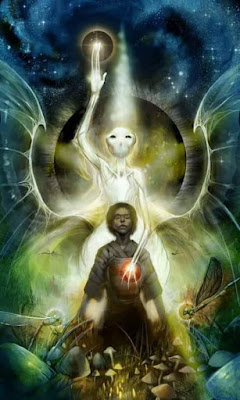 The evidence for human development is not in technology, or spirituality, or higher consciousness. It is evident in families, caring for the sick and the elderly, taking pride in our work, protecting animals, cultivating plants, sustaining our natural resources, working in community. Yet in the strange Gnostic world of transhumanism our humanity is independent of any physical instantiation.

James Hughes, Executive Director of the IEET: People are a bit afraid of living forever, so we need to encourage people to accept the awesome future of living long lives.

David Orban: hackers are very important to help implement the system of a society for the human, not for the State or a corporation.

Max More: mind uploading is mainly a philosophical idea but it is possible. The best option for immortality is cryopreservation.

George Dvorsky: With moral and intellectual enhancement on the horizon, people are referring to it as "the rapture of the nerds".

Ben Goertzel: The future will bring mind reading. If there is no filter and you can have access to another's emotions and information you can feel what they feel, then learn what it was like for them to experience it.

David Dalrymple: "uploading": means transferring a mind from a biological implementation to a digital one. This is difficult in humans at the moment; let's try with the nematode worm C. elegans.

David Pearce: the coming evolutionary transition could have three stages. In the first biological humans will rewrite their genetic source code and bootstrap their way to super-intelligence. In the second, cybernetic brain implants will allow us to fuse our minds with artificial intelligence and to "upload" ourselves onto less perishable substrates. In digital nirvana, the distinction between biological and non-biological machines will effectively disappear. In the third there will be an ultra-rapid "Intelligence Explosion" and an era of non-biological super-intelligence. Post-human super-intelligence may or may not be human-friendly.

Randal Koene: Substrate independent minds (SIN) assume that the brain is a physical system that can be uploaded and manipulated on a computer.

The best paper I've read on the Transhumanist worldview is "Transhumanism-Christianity Diplomacy: To Transform Science-Religion Relations" by David C. Winyard, Sr. He writes:

"Transhumanism is an emerging philosophical and social movement that aims, through technology, to extend human life and radically expand intellectual, physical, and psychological capabilities. Many of transhumanism's goals overlap the eschatological hopes of Christians, such as the elimination of sickness and death. Yet observers who see transhumanism and Christianity in monolithic terms often portray them as adversaries. Against this view, I argue that within each community are factions that have comparable, but contested, views on God, the divine attributes, and human origins, responsibility, and destiny. As a result, an emerging dialog between particular transhumanists and Christians seeks to shape the future of humanity by integrating the basic commitments of transhumanism and Christianity.

Bruno Latour's concept of modes of existence offers a framework for both developing and analyzing diplomacy between and within Christian and transhumanist communities. Specifically, Latour's work allows for the identification of category mistakes that set the terms of intermodal conflicts and dialog. Some transhumanists and most Christians hold beliefs about the nature and meaning of God. Christians believe in a Trinitarian God that is the preexistent, eternal, and personal creator of the universe. By contrast, elements of the transhumanist movement believe that in the future an artificial God will inevitably emerge as an omniscient and omnipotent supercomputer. The attributes, concepts and purposes of God and, by extension, nature lend a basis for developing diplomatic relationships between factions of transhumanism and Christianity.

Diplomacy between transhumanism and Christianity exists via social media and virtual meeting places. At the forefront of this movement is a new Christian Transhumanist Association that I analyze in some depth. It is only a couple of years old, but its leaders have already attracted international attention. Their strategy of theological minimalism seeks to reduce friction among stakeholders. I show that this strategy sacrifices the insights that Christian theology and philosophy could bring to the development of transhumanism. I conclude that in order to affect transhumanism Christians must find ways to apply their insights into personal creator-creature relationships to the challenges of safely developing artificial superintelligence.

Email ThisBlogThis!Share to TwitterShare to FacebookShare to Pinterest
Labels: Transhumanism