On Trusting the Elites 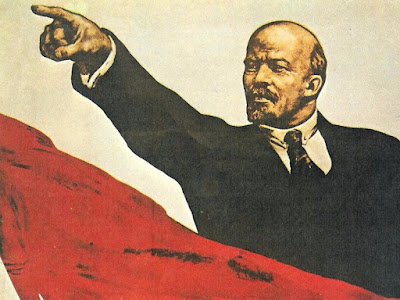 
"Only the Christian Church can offer any rational objection to a complete confidence in the rich. For she has maintained from the beginning that the danger was not in man's environment, but in man. Further, she has maintained that if we come to talk of a dangerous environment, the most dangerous environment of all is the commodious environment. I know that the most modern manufacture has been really occupied in trying to produce an abnormally large needle. I know that the most recent biologists have been chiefly anxious to discover a very small camel. But if we diminish the camel to his smallest, or open the eye of the needle to its largest — if, in short, we assume the words of Christ to have meant the very least that they could mean, His words must at the very least mean this — that rich men are not very likely to be morally trustworthy. Christianity even when watered down is hot enough to boil all modern society to rags." (From here.)


Wisdom resides in a realistic understanding of the potential dangers of great wealth and great poverty. Wisdom also directs us to thoughtfully consider what a just society would look like. Some might advocate redistribution of wealth, but the redistribution always seems to work best for those doing the redistribution, creating a new wealthy elite. The elites, who ever they may be, have the advantage when it comes to "justice."

This is one of the problem with socialism. Another problem is the socialist attack on religion in general and Christianity in particular. Vladimir Lenin stated that in order “to combat the religious fog… we founded our association, the Russian Social-Democratic Labor Party, precisely for such a struggle against every religious bamboozling of the workers.” Lenin wanted to halt “the religious humbugging of mankind” and cleanse the political system “of medieval mildew.”

The Reformation attempted to clear the Church of corruption and the Medieval mildew, but the Reformation had little influence on Russians. Corruption in church and government stirred anger against both. Lenin wrote:


"Even the bare mention of a citizen’s religion in official documents should unquestionably be eliminated. No subsidies should be granted to the established church nor state allowances made to ecclesiastical and religious societies. These should become absolutely free associations of like-minded citizens, associations independent of the state. Only the complete fulfillment of these demands can put an end to the shameful and accursed past when the church lived in feudal dependence on the state, and Russian citizens lived in feudal dependence on the established church, when medieval, inquisitorial laws (to this day remaining in our criminal codes and on our statute-books) were in existence and were applied, persecuting men for their belief or disbelief, violating men’s consciences, and linking cozy government jobs and government-derived incomes with the dispensation of this or that dope by the established church. Complete separation of Church and State is what the socialist proletariat demands of the modern state and the modern church."

Under Lenin only atheism received endorsement. Lenin recognized that socialists were, as a rule, atheists. They reject the "old prejudices" and "always preach the scientific world-outlook, and it is essential for us to combat the inconsistency of various “Christians.”

One of Lenin's objectives was the elimination of existing religion, and the prevention of future implanting of religious belief, with the goal of establishing state atheism (gosateizm).“Worshiping any god is ideological necrophilia,” Vladimir Lenin once wrote to Maxim Gorky.

The atheists closed the Russian Orthodox churches and monasteries, and those that were left open were closely monitored and under heavy restrictions. Priests were deprived of the right to vote. This can be expected if Socialism takes root in America. Socialists are not content merely to keep Church and State separate. They must seek to silence the Church.

Politics in the United States today involves an ideological struggle over who will be the new elite. Every American should be aware that greed for power and wealth rule the human heart and indeed "the most dangerous environment of all is the commodious environment" because it breeds complacency.


Related reading: Leszek Kolakowski's Assessment of Marxism; V. Lenin on "Socialism and Religion"; Paul Froese, "Forced secularization in Soviet Russia: Why an atheistic monopoly failed." Journal for the Scientific Study of Religion (2004); Smelling Rats: The Story of Katharine Atholl; Living in a Post-Human World; Anarchy and the Elites; Leszek Kolakowsi, "What is Left of Socialism"