Immoral Virtual Fantasizing: Should We Call the Cops? 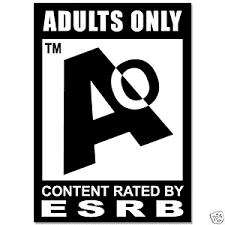 X-Rated (XR) Virtual reality is a consumer product that poses serious ethical questions since it often presents violence or abusive behavior. Some authors discuss this and the need for regulatory authorities (Wassom, 2014; Madary and Metzinger, 2016). Virtual embodiment can lead to emotional, cognitive, and behavioral changes and Virtual violence and pornography in video games and on the internet can make it will feel more real. The social consequences of this are unknown.
The following is an excerpt from an article title The Ethics of Realism in Virtual and Augmented Reality, an opinion piece that appeared in Frontiers, March 2020.

"... XR technology also raises a host of interesting and important ethical questions of which readers should be aware. For instance, the fact that XR enables an individual to interact with virtual characters poses the question of whether the golden rule of reciprocity should apply to fictional virtual characters and, with the development of tools that allow for more realism, whether this should also extend to virtual representations of real people.
Thus, along these lines, is it wrong to do immoral acts in VR? This is explored in a play called “The Nether” (2013) by Jennifer Hayley1, where in a fully immersive virtual world a man engages in pedophilia. When confronted by the police in reality (in the play), he argues that this is a safe way to realize his unacceptable drives without harming anyone at all. As stated by Giles Fraser writing in The Guardian newspaper2, “Even by watching and applauding the production I felt somehow complicit in, or at least too much in the company of, what was being imagined. Some thoughts one shouldn't think. Some ideas ought to be banished from one's head.” But on the other hand, “Policing the imagination is the ultimate fascism. Take Orwell's Nineteen Eighty-Four. But the point is surely this: imagination is not cut off from consequence. We all end up being shaped by what we imagine.”
The latter point was part of an argument by Brey (1999), who considered ethical issues associated with virtual reality. Following Kantian Duty Ethics (a version of the golden rule), he argued that it is a fundamental moral principle “that human beings have a duty to treat other persons with respect, that is, to treat them as ends and not as means, or to do to them as one would expect to be treated by others oneself.” But does this apply to virtual characters? He gave two arguments suggesting that it does. First, following Kant in relation to treatment of animals, we should treat virtual characters with respect because if not we may end up treating people badly too (note that this is a philosophical rather than an empirical argument). Second, if we treat virtual characters with disrespect or act violently toward them, this may actually cause psychological harm to people that those characters might represent. Of course, this happens in movies all the time (think of the “bad guys” in movies, they are often typified as members of particular ethnic groups or social class). In XR this is different though—in movies it is other people who treat other people badly whereas in XR it could be ourselves doing so, or other (virtual or online) people may treat us badly. While this already takes place in video-games, particularly when the character in the video-game is seen and controlled from a first-person perspective, XR goes one step further in the sense that it can feel more real if the participant is fully embodied as that character. Therefore, Brey concludes that designers of VR applications—also applicable to AR—must take into account the possible immoral actions that they might depict or allow their participants to carry out."