Recent research from Chile shows that when therapeutic abortion was banned in 1989 after a long period when it had been legal in that country, there was no increase in maternal mortality. None at all.

On the contrary, maternal deaths continued to decline. Chile today has one of the lowest maternal mortality rates in the world (16 per 100,000 live births), outstripping the United States (18) and, within the Americas, second only to Canada (9).

Rather than the rogue violator of women’s reproductive health that the UN makes it out to be, Chile is looking this week like a model for countries that really want to save the lives of mothers. 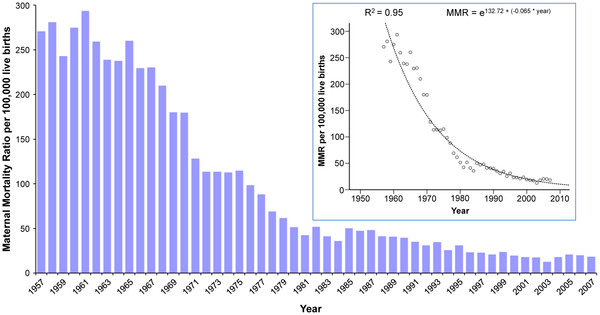 It’s important to note here what the study, Women's Education Level, Maternal Health Facilities, Abortion Legislation and Maternal Deaths: A Natural Experiment in Chile from 1957 to 2007, does not claim. It does not say that making abortion illegal caused a decline in maternal deaths. But it shows, importantly, that the 1989 law did not increase mortality. It continued to decline substantially, although other factors were at work in the decline -- notably, the education of women and their ability to shape their own reproductive behaviour. (The latter does not mean quite what birth control fundamentalists mean, as we shall see.)

The study, published in the open access online journal PLoS One, is the work of Chilean and American researchers led by Dr Elard Koch, epidemiologist and a professor at the University of Chile and Universidad Católica de la Santísima Concepción (UCSC).