Poverty Worse in India than in Africa 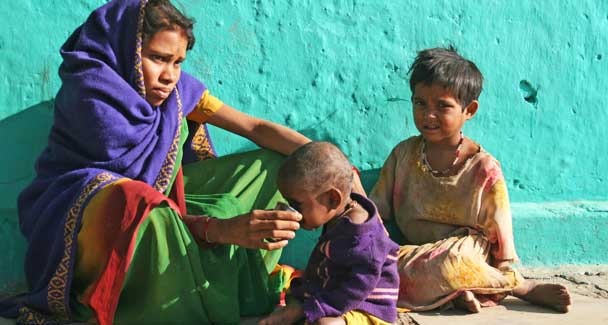 LONDON: More people are mired in poverty in eight Indian states than in the 26 poorest African countries, according to a new UN-backed measure of poverty out Tuesday.

The Multidimensional Poverty Index (MPI) looks beyond income at a wider range of household-level deprivation, including services, which could then be used to help target development resources.

The study found that half of the world's MPI poor people live in South Asia, and just over a quarter in Africa.

The researchers said that the extent of poverty in India had often been overlooked, by figures comparing percentages of poor people in countries as a whole rather than sheer numbers.

“Our measure identifies the most vulnerable households and groups and enables us to understand exactly which deprivations afflict their lives,” said OPHI director Sabina Alkire.

“The new measure can help governments and development agencies wishing to target aid more effectively to those specific communities.”The MPI will be used in the forthcoming 20th anniversary edition of the UNDP Human Development Report. It supplants the Human Poverty Index, which has been used since 1997.

The index takes into account that people living in MPI poverty may not necessarily be income poor: only two-thirds of Niger's people are income poor, whereas 93 percent are poor by the MPI, it found.

It also showed that “multi-dimensional poverty” varies a lot within countries. In Delhi, 15 percent of people are MPI poor, compared to 81 percent in the northeastern Indian state of Bihar. – AFP
Posted by Alice C. Linsley at 7:45 AM