As a student of history I'm aware of the enormous contributions that Arabs have made in the fields of science, math, astronomy, philosophy, metallurgy, horticulture, music, arts, architecture, navigation, geography, cartography, medicine, lliterature and binary thought. When London was a dirty disease-ridden slum, Granada was a fragrant garden city with gas-lit streets, water delivery to individual homes, and highly trained fire brigades. The same was true for Cordoba, a center of Arab learning which boasted one of Europe's finest libraries. I make sure my Spanish students learn about Arab contributions to civilization, but unfortunately, most Americans are ignorant of these contributions. Many don't care. 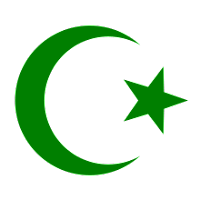 So I'm sympathetic to President Obama's desire that Muslims feel proud of their accomplishments. I just don't think that NASA is the proper vehicle for accomplishing this. It would be more effective to require that this information be taught in American classrooms. The problem isn't Muslim lack of self-esteem.  The problem is the West's blindness to the contributions of Africa and Arabia. I encounter it all the time in academia and in my research on Genesis.

Anyway, here's the story.  See what you think.

The former head of NASA on Tuesday described as "deeply flawed" the idea that the space exploration agency's priority should be outreach to Muslim countries, after current Administrator Charles Bolden made that assertion in an interview last month.

"NASA ... represents the best of America. Its purpose is not to inspire Muslims or any other cultural entity," Michael Griffin, who served as NASA administrator during the latter half of the Bush administration, told FoxNews.com.

Bolden created a firestorm after telling Al Jazeera last month that President Obama told him before he took the job that he wanted him to do three things: inspire children to learn math and science, expand international relationships and "perhaps foremost, he wanted me to find a way to reach out to the Muslim world and engage much more with dominantly Muslim nations to help them feel good about their historic contribution to science ... and math and engineering."

Officials from the White House and NASA on Tuesday stood by Bolden's statement that part of his mission is to improve relations with Muslim countries -- though NASA backed off the claim that such international diplomacy is Bolden's "foremost" responsibility.

"If by doing great things, people are inspired, well then that's wonderful," Griffin said. "If you get it in the wrong order ... it becomes an empty shell."

Griffin added: "That is exactly what is in danger of happening."

He also said that while welcome, Muslim-nation cooperation is not vital for U.S. advancements in space exploration.

"There is no technology they have that we need," Griffin said. (Read more here.)

Griffin's statement is an example of western blindness and our infatuation with technology.  It may be true that Muslim nations have no technology to contribute to space exploration right now, but they have brain power!  America desperately needs brain power.
Posted by Alice C. Linsley at 4:33 PM